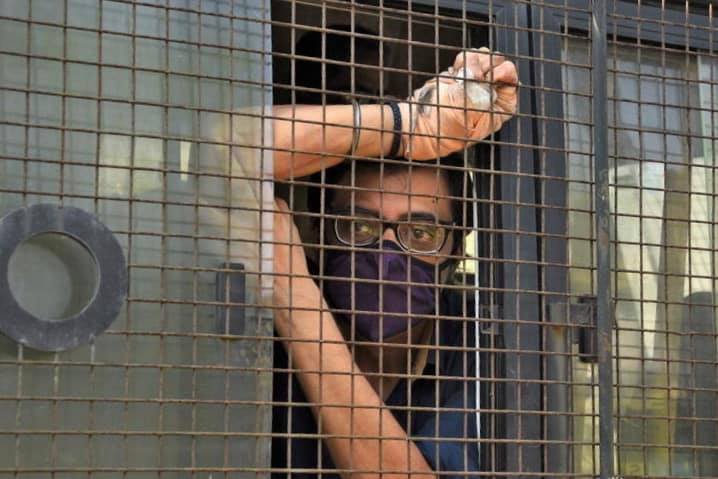 Arnab Goswami’s lawyer Abad Ponda said that he has applied for bail, which can be heard on Thursday.

In 2018, Arnab Goswami was arrested from his residence in Mumbai on Wednesday morning in connection with the death of interior designer Anvay Naik and his mother Kumud Naik.

The 53-year-old interior designer had alleged in her suicide note that she and her mother decided to end their lives because Firoz Sheikh and Nitesh Sarda had not paid Rs 5.40 crore with Arnab. Firoz and Nitesh were owners of different firms.

The designer and her mother were found dead in May 2018 at their farmhouse in Kavir village in Alibagh taluka.

In 2019, the Raigad police closed the case. Later, on the complaint of Naik’s daughter Adanya, Maharashtra Home Minister Anil Deshmukh again ordered an inquiry into the case.

Goswami was brought to Alibag in Raigad district near Mumbai and later produced in a local court.

Goswami said in the court that policemen beat him up. After this Goswami was brought to the police station where a civil surgeon asked him to prove the assault. The court later dismissed Goswami’s assault charge.

On Wednesday, the police also arrested the officer who investigated the case of abetment to suicide.

According to the news agency PTI, that officer will also face investigation. The Mumbai Police has registered an FIR against Arnab Goswami against his wife and two others for obstructing the arrest.

The opposition has attacked the Maharashtra government over Arnab’s arrest, while the interior designer’s family has welcomed the arrest and said that they can never forget 2018.

Union Home Minister Amit Shah has condemned the arrest of Arnab Goswami and has surrounded the Congress and its allies in the matter.

Amit Shah has said in his tweet, “The Congress and its allies have once again shamed democracy. The open abuse of state power against Republic TV and Arnab Goswami is an attack on the fourth pillar of personal freedom and democracy. Reminds us of the Emergency. This attack on the independent press must be opposed and will be opposed. “

At the same time, Union Law Minister Ravi Shankar Prasad has also criticized Arnab’s arrest and described it as worrying.

He said that the government formed by the support of Congress in Maharashtra is “openly attacking the freedom of expression” and the party leaders are silent.

Shiv Sena MP Sanjay Raut has said that the action taken against Arnab Goswami has no relation with the Maharashtra government.

He said, “The government of Maharashtra never takes action in a spirit of revenge. There is a rule of law in Maharashtra. There is no chaos here. The police are professionals. If they have a case to investigate and if they have any evidence If felt, then the police can take action on anyone. “