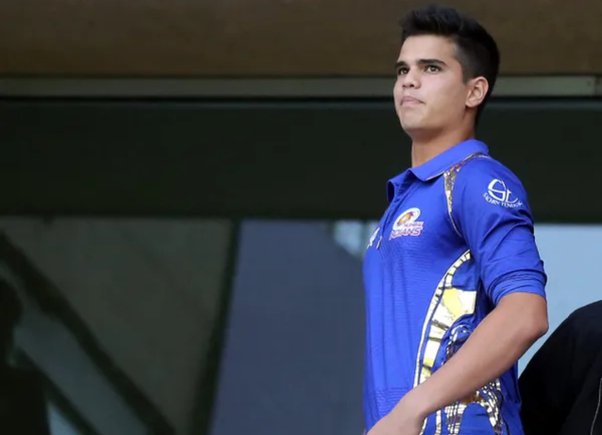 The titans began the bid at Arjun’s base price of Rs 20 lakh and tried to snap his at Rs.25 Lakh. But eventually, MI made the final move and snapped away the youngster.

“We have looked at it purely on his skill basis. I mean there is going to be big tag on his head because of Sachin. But luckily, he’s a bowler not a bats man. So I think Sachin will be very proud if he could bowl like Arjun”, ESPNcricinfo quoted Jayawardene as saying.

Arjun has played only two T20s. He debuted in a match against Haryana. In December 2021, he was named in Ranji Squad of Mumbai.

Question arrises in many mind, Is this part of nepotism?

Some called him a ‘nepotism product’ while a few went too far ahead and termed the all-rounder as the official water boy of Mumbai Indians.