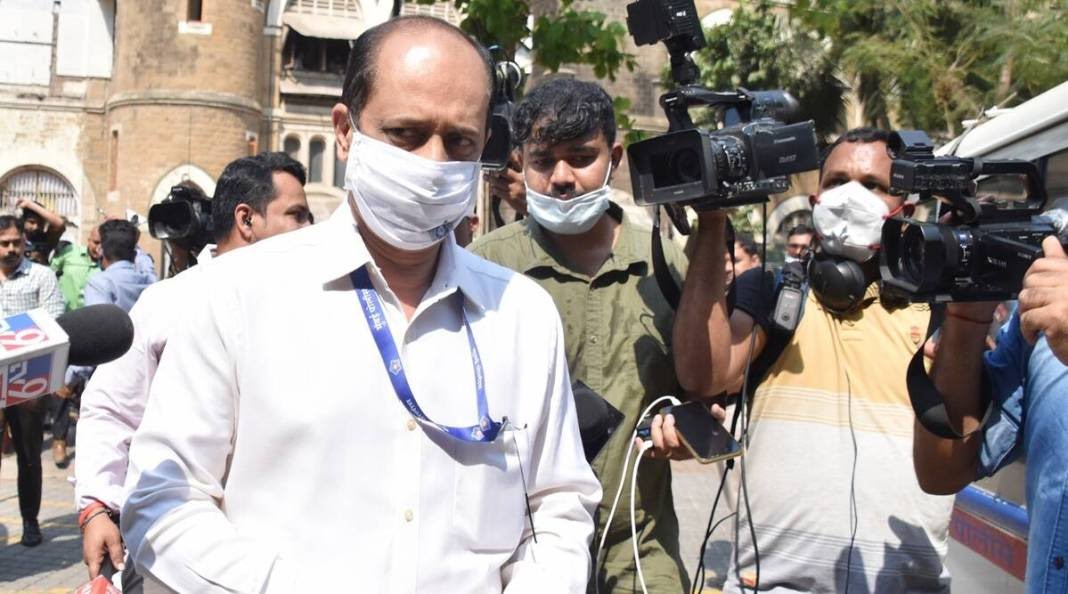 In the Antilia case, suspended Mumbai Police officer Sachin Vaze has been sent to NIA custody till 3 April.

He was produced in a special NIA court in Mumbai. In court, Sachin Vaze said that he is being made a scapegoat in this case.

But the court agreed with the NIA and sent him into custody till April 3.

According to news agency ANI, Vaze said that he had investigated this case for only one and a half days and had done the investigation properly.

Apart from this, he said that he was not investigating alone in this case, the team of Crime Branch and Mumbai Police was also investigating.

The NIA alleged that 62 bullets have been recovered from Vaze’s house, no record of which has been found.

The NIA told the court, “Out of the 30 bullets given for the service revolver, only 5 have been recovered. The accused is not telling where the other bullets went.”

On Wednesday, the Supreme Court refused to hear Singh’s plea in which he demanded an inquiry against Maharashtra Home Minister Anil Deshmukh, alleging corruption.

The court had said that the matter is serious and if they want independent investigation, they can appeal in the High Court.

The NIA arrested Mumbai Police officer Sachin Vaze on Saturday evening after questioning him for 12 hours.

On February 25, an abandoned SUV (Scorpio) was found standing near Antilia, home of Reliance Industries (RIL) chairman Mukesh Ambani. Gelatin sticks were found in this SUV.

The news of Mansukh Hiren’s death came on 5 March. The Mumbai Police had concluded in its investigation that Mansukh Hiren was the owner of the Scorpio at that time.

However, later a theory also emerged that he had taken the car from another person in lieu of not being able to pay the money.

The investigation was handed over to the NIA on 8 March.