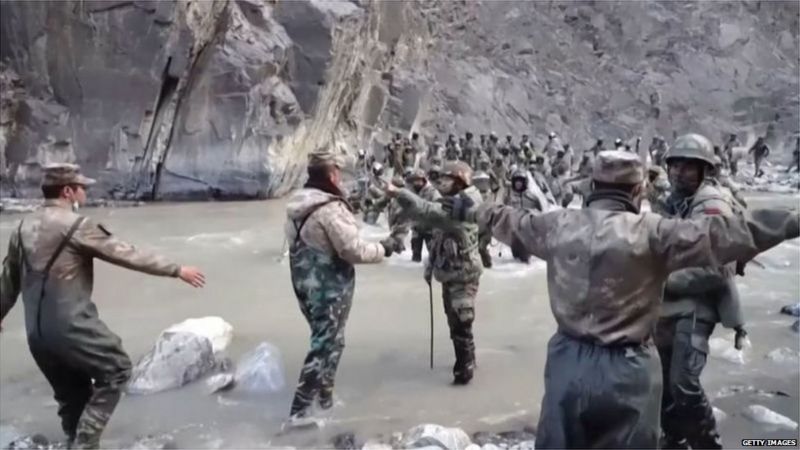 The anti-India online propaganda continues in China, even after first acknowledging that its soldiers were killed in a skirmish on June 15 last year in the Galwan Valley Hindustan Times reported.

According to the news, Chinese citizens are posting online videos and photos related to the slain soldiers of the People’s Liberation Army, while India-China has issued a joint statement on Sunday in which the task of repelling troops from Pagong Lake is complete Has been announced.

Videos of deadly clashes between Indian and Chinese soldiers were shared for the first time on Friday through official social media handles on all of China’s online platforms.

Despite the joint statement released on Sunday, thousands of messages have been left targeting the Weibo account of the Indian Embassy in China, which are full of abuses and abuses.

At the same time, there is a barrage of praise of China and its army on the government media, websites and blogs, saying that despite being more powerful, they exercised restraint in front of the Indian forces.

According to a report by China’s official newspaper China News Daily, pictures of four soldiers and their funerals were shared on the Internet. One of the soldiers killed in one of these pictures is smiling with half peeled orange in his hand.

According to the report, at least three people were arrested in China who “disrespected” the army on the Internet. However, it was not told what he said.