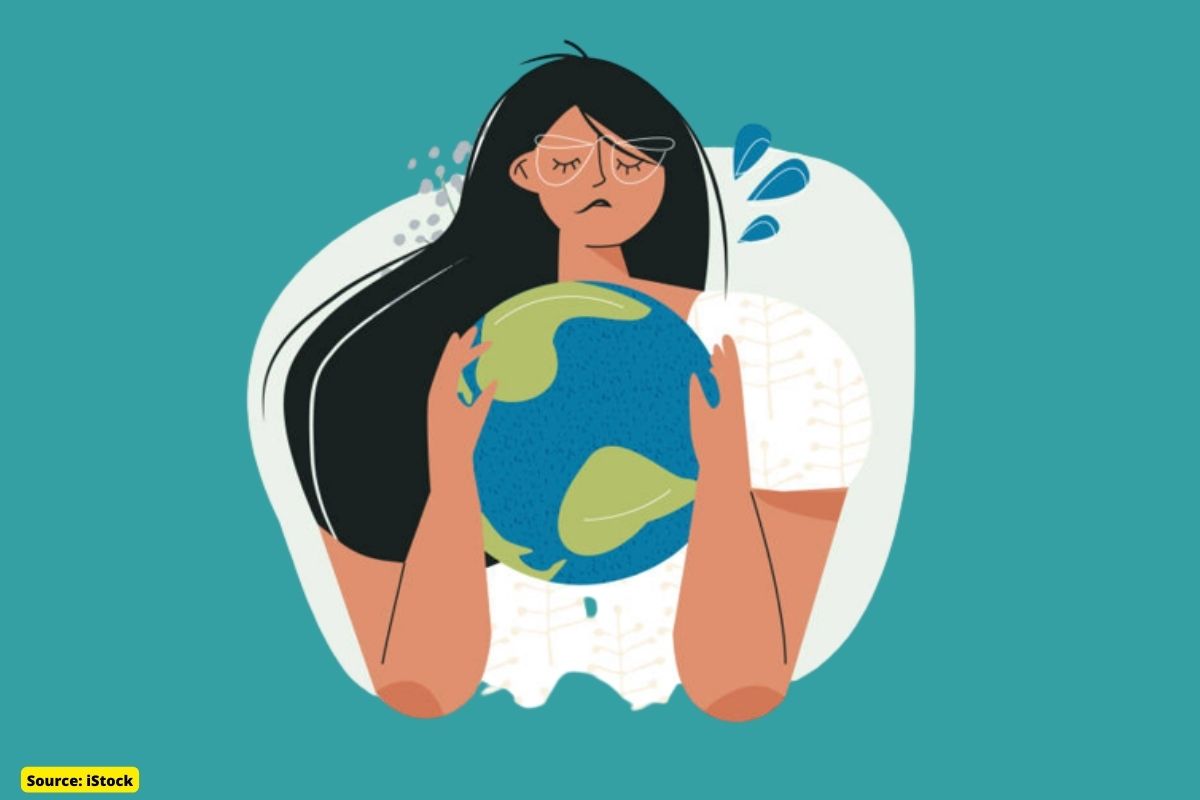 Feeling of anguish, fear and palpitations: are some of the symptoms that people with eco-anxiety suffer when they talk about the future or think about it. They are negative emotions that are triggered by concern about environmental conditions. “It is also known as eco-anguish, eco-fear, eco-guilt or even environmental ‘mourning'”, explains Gemma San Cornelio, professor of Information and Communication Sciences Studies at the UOC and researcher at the Mediaccions group (Communication and Culture Digital).

According to The Lancet, in a recent survey of 10,000 people from 10 different countries aged between 6 and 25, 45% of the people surveyed said that worrying about the climate negatively affects their daily lives, and three quarters believe that “the future is terrifying”, and 56% say that “humanity is doomed”.

“Young people are more sensitive to the issue: they have been educated in ecological awareness because the future is going to touch them. In addition, they consider themselves victims of the irresponsible acts of previous generations”, says San Cornelio.

“We suffer anxiety when we perceive a threat that exceeds our resources to face it,” says Enric Soler, collaborating professor in the UOC’s Departments of Psychology and Educational Sciences. Global warming, the melting of glaciers, deforestation or changes in ecosystems are some of the challenges that society is already facing (in some cases, belatedly).

“Climate change is no longer an abstract construct, but something that is part of our daily lives. The extreme denial and procrastination that we have historically exercised in this matter make us perceive it as something to which we have arrived late. Feeling that we are already late, increases anxiety,” says the psychologist.

65% of those surveyed say that “governments do not do enough to prevent a climate catastrophe”, while 61% share the idea that “they do not protect me, the planet and/or future generations”. “One of the main reasons that lead to eco-anxiety is the lack of action by the rulers when taking forceful measures to prevent this deterioration of the planet,” adds San Cornelio.

Precisely, the study Young People’s Voices on Climate Anxiety, Government Betrayal and Moral Injury: A Global Phenomenon (2021), from the University of Bath, suggests that climate anxiety and anguish are related to the perception of an inadequate government response, which generates feelings of betrayal and abandonment.

This anguish, described by a government action that does not respond urgently to the climate emergency, is a problem that goes beyond politics because it concerns a perspective of personal and ecological damage to young people. “They cannot give up their heritage because they do not have an alternative world in which to develop and perpetuate themselves,” says Soler.

“Surely the percentage of young people who do not want to have offspring will increase inversely proportional to the level of deterioration of planet Earth,” adds the expert. Precisely, the report from the University of Bath (2021) states that four out of ten young people consider not having children for this reason.

In recent years, the media, social networks and advertising have helped to show this emergency and the actions to combat it, but they have also shown the harmful effects of climate change. Both San Cornelio and Soler consider that there is no over information on the subject and that overexposure is not a problem, quite the contrary.

According to Kantar’s Who Cares, Who Does 2021 report, more developed countries have more green assets (30%) than countries with more economic and social difficulties (16% on average). “This is not a problem that only modern and rich societies have, but rather it is a question of responsibility. It is clear that developing countries cannot make as many efforts to reduce the environmental impact”, warns San Cornelio.

According to the study published in The Lancet, eco-anxiety maintains similar response levels among respondents from different countries (including Australia, India, Nigeria, the United Kingdom, the Philippines and Finland, among others).

The expert adds that “the resource of ridiculing eco-anxiety as the nonsense of rich and spoiled children has been used by the most reactionary and denialist sectors to downplay the climate issue.” “We must understand that the entire planet is connected,” he stresses.