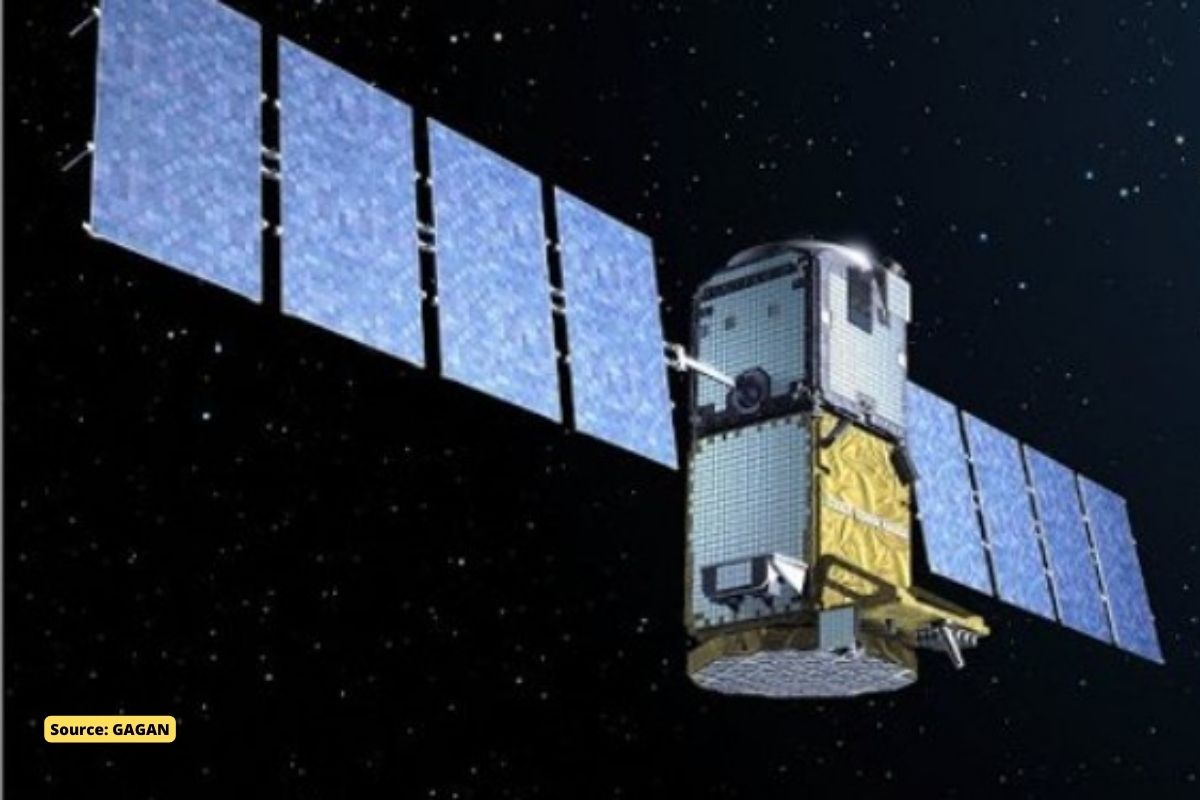 The full form of GAGAN is GPS-aided geo-augmented navigation. The airport authority of India and the Indian space research organisation (ISRO) have collaborated to develop the GPS aided Geo augmentation navigation GAGAN as a regional satellite-based augmentation system.’

GAGAN signal is available in space through GSAT-8 and GSAT-10. In Asia-Pacific, India became the first country to develop an aviation system for use. Gagan has been jointly developed by the Indian Space Research Organization (ISRO) and the Airport Authority of India (AAI) at Rs 774 crore. Union Civil Aviation Minister P. Ashok Gajapathi Raju formally inaugurated the indigenous ‘Gagan’ system, which makes the landing and takeoff of aircraft accurate and easy.

What is the prime role of GAGAN?

The Gagan will assist the NavIC. The prime role of Gagan is in the Aviation sector. It will help in providing the navigation to help aircraft accurate landing over the Indian airspace and in the adjoining areas. Extremely helpful to the pilot in getting an accurate estimate of the altitude to be brought. This type of system was only in the U.S (WAAS), Japan ( MSAS), and Europe ( EGNOS). India became the fourth country to have a similar system. Its use is not limited to military and civil aviation but will also be used in other sectors including road transport, Power sector, Surveying, and Mining.

Who has run the first trial flight?

IndiGo became the first airline in the country to land aircraft using the indigenous navigation system Gagan on 28 April. The airport authority of India successfully conducted a trial using an indigenous system. The planning of the trial started eight months ago. The flight was conducted using an ATR -72 aircraft that landed at the Kishangarh airport in Rajasthan. Air India, IndiGo, Go First, SpiceJet, and AirAsia India have aircraft that are capable of carrying out these satellite-based procedures.

How Gagan is helpful for another mode of transportation?

Gagan can also be used for rail, road and water transport said Union Civil Aviation Minister P. Ashok Gajapathi Raju. He said for this, its receivers will have to be installed in trains, buses or ships. This will reduce the chances of vehicles collision. In the case of trains, this system can be used in Train Protection and Warning System (TPWS), Anti Collision Device (ACD) or TICASS (Train Collision Avoidance System).

How Gagan will help in reducing the workload of a Pilot?

Union Civil Aviation Minister P. Ashok Gajapathi Raju said that with the help of Gagan, one will not have to rely on a tower system to maintain constant contact with the aircraft. All the information related to the aircraft will be available through satellite. It will tell the speed, the longitude of the aircraft and its altitude. Hence it will reduce the work of the pilots also on the air traffic controllers. After the final approval by DGCA. The procedure will be available for the usage of commercial flights.

How Gagan will contribute to pollution control?

It will help in the following ways like modernise the airspace, less fuel consumption, reduce flight delay, and improve flight safety. Due to this, air security is also being improved and pollution has also started reducing.