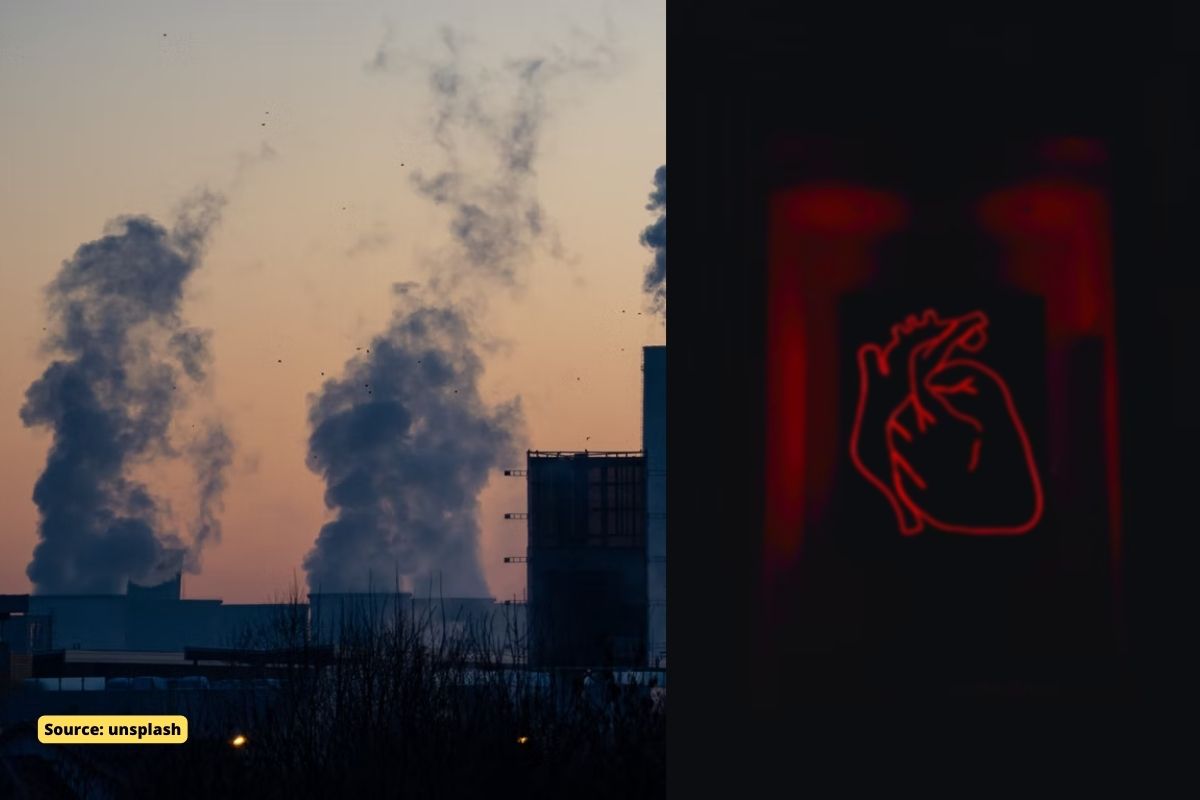 Air pollution is one of the biggest environmental threats to human health, along with climate change. According to calculations by the World Health Organization (WHO), each year exposure to air pollution causes seven million premature deaths and causes the loss of as many more million years of healthy life.

Exposure to air pollutants, even at levels below WHO air quality guidelines, can trigger a heart attack within an hour, according to a new study, which found risks were higher among older people and when the weather was cooler.

Research suggests that exposure to any level of four common air pollutants could rapidly trigger the onset of the acute coronary syndrome (ACS). This is an umbrella term that describes any situation in which the blood supply to the heart muscle is blocked, such as in a heart attack or unstable angina, chest pain caused by blood clots temporarily blocking an artery.

“The adverse cardiovascular effects of air pollution have been well documented. But we were still surprised by such rapid effects,” explains Haidong Kan, a professor at the School of Public Health at Fudan University in Shanghai and the promoter of the study published in the journal Circulation of the American Heart Association (AHA).

Kan also highlights the non-threshold effects of air pollution. “In other words, any concentration of air pollutants (such as fine particulate matter, nitrogen dioxide, sulfur dioxide, and carbon monoxide) recorded in this study may have the potential to trigger a heart attack,” he notes.

For short-term exposure to any level of fine particulate matter, nitrogen dioxide, sulfur dioxide and carbon monoxide were all found to be associated with the onset of acute coronary syndromes.

As the levels of the pollutants studied increased, so did the risk of a heart attack. Exposure to nitrogen dioxide was most strongly associated, followed by fine particulate matter, and was most dangerous during the first hour after contact. It was found to be most strongly associated in adults 65 years of age and older, with a history of smoking or other respiratory diseases and for people who became ill during the colder months.

Kan said the cardiovascular effects of air pollution should be a serious concern for everyone, including policymakers, physicians and the public. For policymakers, our findings highlight the need for further tightening of air quality standards, more stringent air pollution controls and quicker public health response.

Short-term exposure to any level of fine particulate matter, nitrogen dioxide, sulfur dioxide, and carbon monoxide was associated with the development of all types of acute coronary syndrome.

As the levels of the pollutants studied increased, so did the risk of heart attacks. Nitrogen dioxide exposure was the most strongly associated, followed by fine particulate matter, and was most dangerous during the first hour after exposure. The link was strongest among adults 65 and older with no history of smoking or other respiratory illnesses and among people exposed during colder months.

“The cardiovascular effects of air pollution should be a serious concern for everyone, including policymakers, clinicians and individuals,” concludes Kan, noting that the study is the first to establish a link between exposure to pollution and heart attacks every hour.  (Air pollution heart attack)