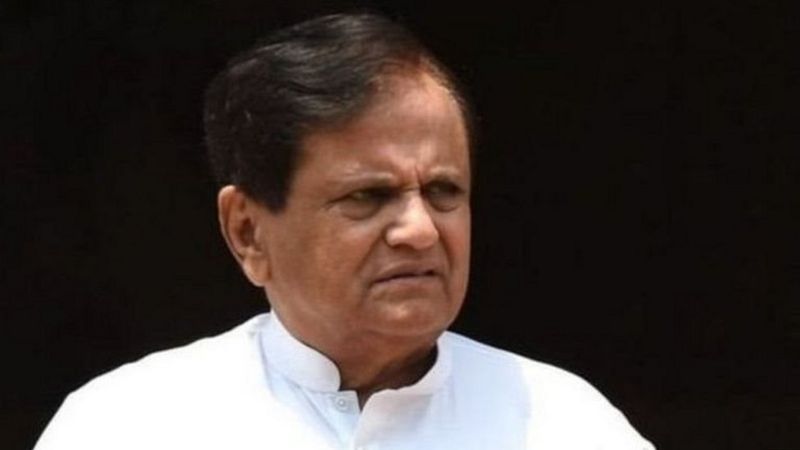 Senior Congress leader Ahmed Patel has passed away. His son Faisal Patel said on Twitter that he breathed his last at 3.30 am on Wednesday.

Ahmed Patel, 71, was infected with the Corona virus about a month ago. He died in a hospital in Delhi.

Faisal Patel also wrote that, “I request all my well-wishers to strictly follow the rules of the corona virus at this time and be firm about social distancing and avoid going to any mass event.”

Prime Minister Narendra Modi has lamented the demise of Ahmed Patel, writing that ‘Patel, known for his sharp mind, will always remember his role in strengthening the Congress’.

Congress leader Rahul Gandhi tweeted the death of Ahmed Patel and wrote – “This is a sad day. Ahmed Patel was a pillar of the party. He always lived for the Congress and stood by the party in the most difficult times. We lacked him Will feel. My love and condolences to Faisal, Mumtaz and his family.

He was appointed as treasurer of the Congress Party in 2018. Patel, an eight-time MP, was elected three times to the Lok Sabha and five times to the Rajya Sabha. The last time he went to Rajya Sabha in 2017.

Ahmad Patel was born on 21 August 1949 as the son of Mohammad Ishaq Patel and Hawaben Patel in Piramal village of Bharuch district in Gujarat.

He wrote, “Ahmed Patel is no more. An integral friend is a trusted companion. We have been together since 1977. He reached the Lok Sabha, I was in the Legislative Assembly.

He was the drug of every political mercy for all of us Congressmen. Soft-spoken, tactful and His identity was to keep smiling forever.

No matter how angry he was, he had the ability to send it away. He was away from the media, but involved in every decision of the Congress.

Learn to say anything bitter in very sweet words. Could. The Congress Party can never forget his contribution. Ahmad bhai be immortal. “