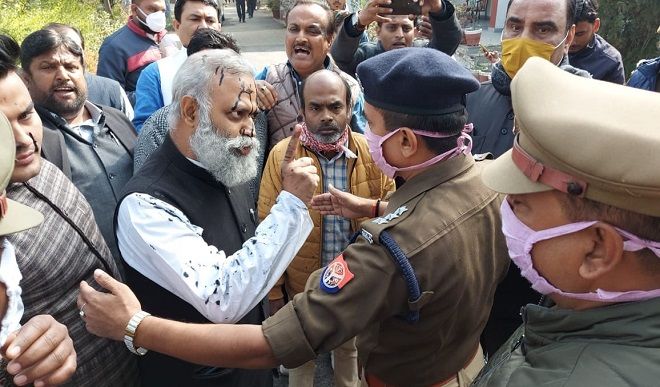 He was arrested on Monday from a guest house in Rae Bareli. Earlier, ink was also thrown at them in the guest house itself. Last week, Bharti commented on the state of UP’s government hospitals.

The police has arrested Somnath Bharti as well as the youth who threw ink. Somnath Bharti was later produced in a court in Sultanpur district. There his bail application was rejected and sent to judicial custody for 14 days. Now the matter will be heard on January 13.

Recently, AAP MLA Somnath Bharti had said in a meeting of party workers in Jagdishpur, Amethi that there is rule of goons in BJP government. Along with this, he gave a disputed statement saying that children are being born in hospitals of UP, but children of dogs are being born. A case was also registered against his statement.

After which he was arrested from Rae Bareli. After which Somnath Bharti tweeted that I am shocked to know that my bail application was kept pending till January 13 and sent to 14 days judicial custody.