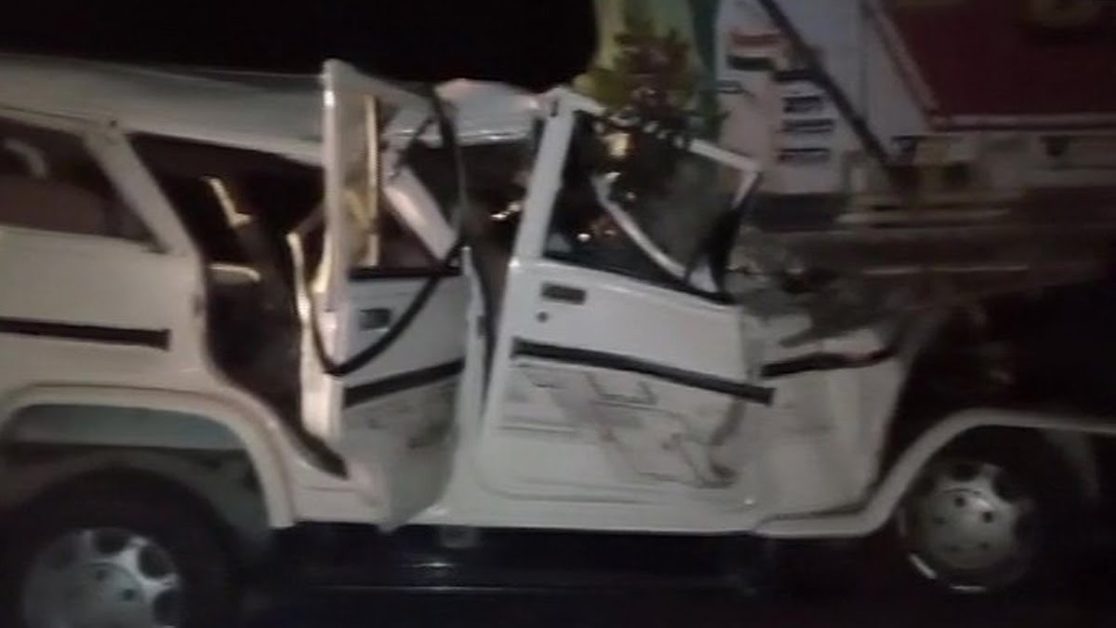 14 people have died in a truck collision with a train on the Prayagraj-Lucknow highway in Pratapgarh district of Uttar Pradesh.

Pratapgarh Superintendent of Police Anurag Arya is being quoted as saying that a truck on the highway was parked on the side due to tire puncture and the SVU vehicle crashed into it.

According to the police officer, all the people sitting in the car were returning to their village in Kunda area from a wedding ceremony.

The procession went to Sheikhpur in Nawabganj police station area. After attending the matrimonial program late night, 14 people including children were returning from Bolero to Kunda village.

In Manikpur police station area, speeding near Desara’s Inara, Bolero entered the truck parked on the road from behind. After this there was a scream. The accident was so frightening that even the people who reached the spot did not dare to go. People passing by informed the police.

After much effort, the police took out the bodies from Bolero and took them to Kunda CHC. On the other hand, information about the accident reached the village, there was chaos. Mourning also occurred in the wedding ceremony.

It is being told that the accident happened at midnight.

Expressing grief over the accident, the office of Uttar Pradesh Chief Minister Yogi Adityanath has told that the senior officers have instructed senior officials to go to the accident site and provide all possible help to the victims.