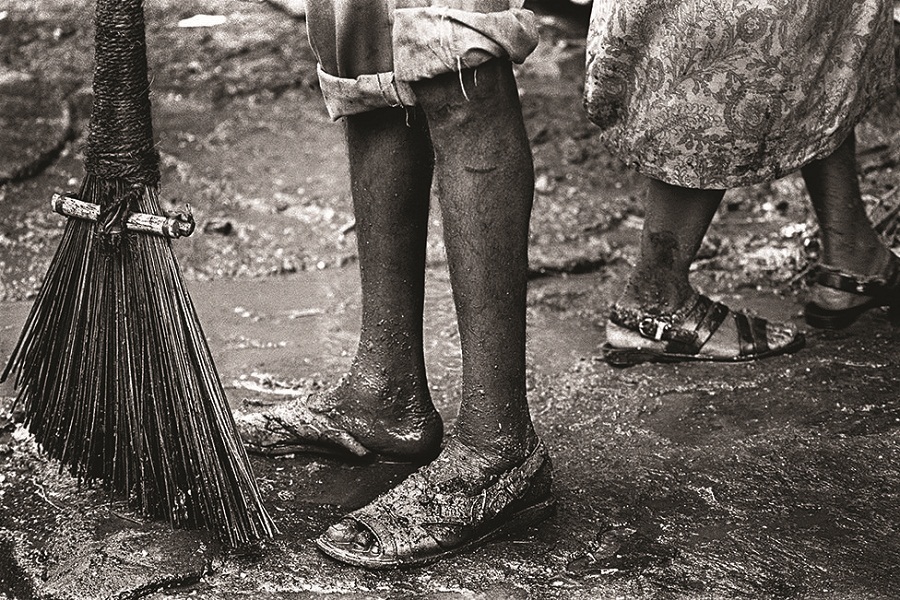 Ground Report | New Delhi: Manual scavengers in India; The government told Parliament that there are 58,098 manual scavengers in the country and 42,594 of them belong to the Scheduled Castes. RJD MP Manoj Jha had asked the ministry what is the caste-based separate number of persons involved in manual scavenging, what steps have been taken to include them in the economic system and completely eliminate the practice.

According to data from the Union Ministry of Social Justice and Empowerment, the government has caste-related data of 43,797 identified manual scavengers, and more than 42,500 of them belong to the Scheduled Castes.

The ministry said that several surveys on manual scavengers in the country have been conducted as per the provisions of the Manual Scavenging Act, 2013. These surveys have confirmed a disproportionately large number of manual scavengers from the Scheduled Castes alone.

Out of 58,098 persons who have been identified as manual scavengers, only 43,797 persons have caste data available. It was found that out of these 42,594 i.e. more than 97 percent manual scavengers belong to Scheduled Castes. Apart from this, 421 are from Scheduled Tribes, 431 from Other Backward Classes (OBC), and 351 from other classes.

The government also told in its reply that efforts are being made to get the people engaged in this work to be engaged in other works. For this, one-time cash assistance of Rs.40,000 is given to an identified manual scavenger in a family. So far this cash amount has been given to all 58,098 persons under this scheme.

Apart from this, skill development training is given to the manual scavengers and their dependents for two years. During the training, they are also given a stipend of Rs 3,000 every month. So far only 18,199 people have been given such training.

If a manual scavenger wants to take a loan for any project related to cleanliness or any self-employment project, then he is given a capital subsidy of up to five lakh rupees. Such subsidy has been given to only 1,562 people so far.

However, in August 2021, the same ministry, in response to a question in the Lok Sabha, said that the number of manual scavengers was 58,098 before 2013 and it was declared a prohibited activity after the MS Act came into force in 2013. The ministry had said that now manual scavengers are not counted in the country.

The organization also claims that 7.7 people are sent to clean drains and gutters. They are not even given the necessary safety equipment. There are toxic gases in the drains, which often cause the death of the scavengers due to inhalation. According to the organization, 1,760 such deaths have been registered so far.

Nearly 190 million Indians have only limited or unimproved facilities and more than 200 million are forced to defecate in the open because they do not have regular access to toilets, according to statistics from the Joint Monitoring Program of the World Health Organization (WHO) and UNICEF.

The problem comes from afar and has its origin in the traditional division by castes that continue to rule in part life in India. Known as Safai Karamcharis, which translates to “manual gatherers”, Indian sanitation workers normally belong to the Dalit (untouchable) community, which is the lowest caste, so from birth, they are mostly condemned to live in untouchable conditions. (Manual scavengers in India)

Although these jobs are essential for the health and even the functioning of any society, they are also especially difficult and dangerous tasks to carry out in India, where, contrary to what happens in developed countries, they are hardly valued.