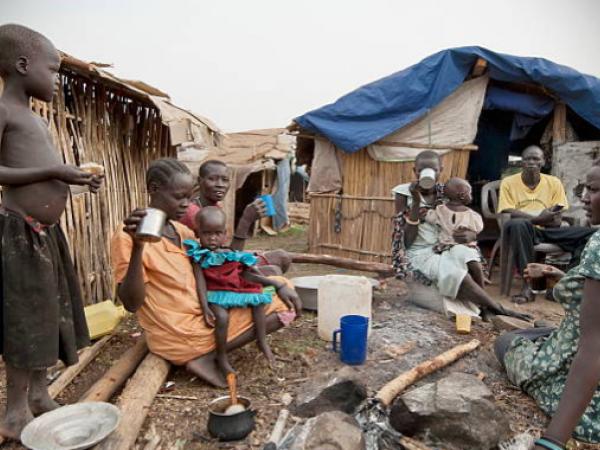 Ground Report | New Delhi: Poor people medical expenses; More than 500 million people are falling into extreme poverty due to having to pay medical expenses out of their own pockets, and the Covid-19 pandemic may slow down two decades of progress towards greater health coverage.

Tedros Adhanom Ghebreyesus, WHO director-general, said that “there is no time to lose. All governments must immediately resume and accelerate efforts to ensure that each of their citizens can access health services without fear of financial consequences ”.

In 2020, the pandemic overwhelmed health systems. As a result, for example, immunization coverage declined for the first time in 10 years, and deaths from tuberculosis and malaria increased, according to reports.

The pandemic also triggered the worst economic crisis since the 1930s, making it increasingly difficult to pay for health care.

Even before the COVID appeared, 500 million people were being pushed into extreme poverty, due to the payments they made for health care, and the report, released by the WHO, estimates that this figure is now considerably higher.

Also already before the pandemic, almost 1 billion people were spending more than 10% of their family budget on health. (Poor people medical expenses)

The pandemic also triggered the worst economic crisis since the 1930s, making it increasingly difficult to pay for health care. “Before the pandemic, many countries had made progress, but it was not strong enough. This time we must build health systems strong enough to withstand shocks, like the next pandemic, and stay on course towards universal health coverage, “said Tedros.

He added that “that means reinforcing public spending on health and social support, and increasing its attention in primary health care systems that can provide essential care close to home.” The reports also warn that financial difficulties are likely to worsen further as poverty grows, incomes decline and governments face tighter fiscal constraints.

“Before the pandemic, many countries had made progress, but it was not strong enough. This time we must build health systems strong enough to withstand shocks, such as the next pandemic, and stay on course towards universal health coverage ”: Tedros Adhanom Ghebreyesus.

In 2019, before the pandemic, 68% of the world’s population was covered by essential health services, such as reproductive health, immunization, HIV, tuberculosis, and malaria treatment; and services to diagnose and treat diseases such as cancer, heart conditions, and diabetes.

But they haven’t made care more affordable. “As a result, the poorest groups and those living in rural areas are the least able to obtain health services, and those least likely to be able to cope with the consequences of paying for them,” according to reports.

Up to 90% of all households that incur impoverishing out-of-pocket health expenditures are already at or below the poverty line, underscoring the need to exempt poor people from such spending.