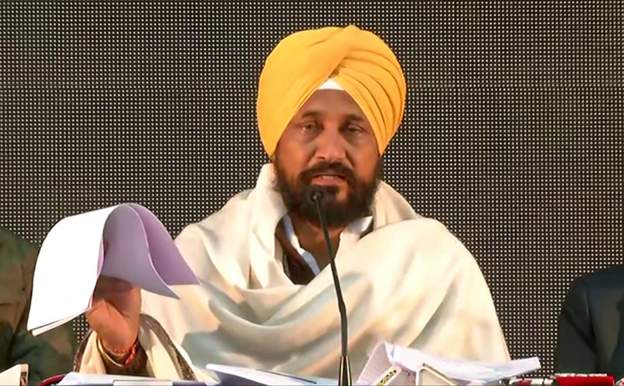 In fact, after the Enforcement Directorate raids at several places related to Charanjit Singh Channi’s nephew, Arvind Kejriwal had called him a ‘dishonest person’.

Channi alleged that Kejriwal has a habit of making such allegations to tarnish the image of other people and it has been seen in the past how he later made allegations against BJP leaders Nitin Gadkari and late Arun Jaitley and Shiromani Akali Dal leader Bikram. Singh had apologized to Majithia.

Talking to reporters in his assembly constituency Chamkaur Sahib, he claimed that Arvind Kejriwal has now crossed all his limits and has sought permission from Congress to file a defamation case against the Aam Aadmi Party leader.

Charanjit Singh Channi said, “I will file a defamation case against Arvind Kejriwal and have sought permission from the party to do so. I have no other way but to do this…. They have called me dishonest and he has written the matter on his Twitter handle.

After the raids by the Enforcement Directorate, the opposition parties, especially the Aam Aadmi Party, have leveled many allegations against Congress and Channi. On Friday itself, Kejriwal said that people are shocked to see the recovery of crores of rupees from Channi’s nephew’s house. Channi will lose the Chamkaur Sahib seat in the assembly elections to be held next month.