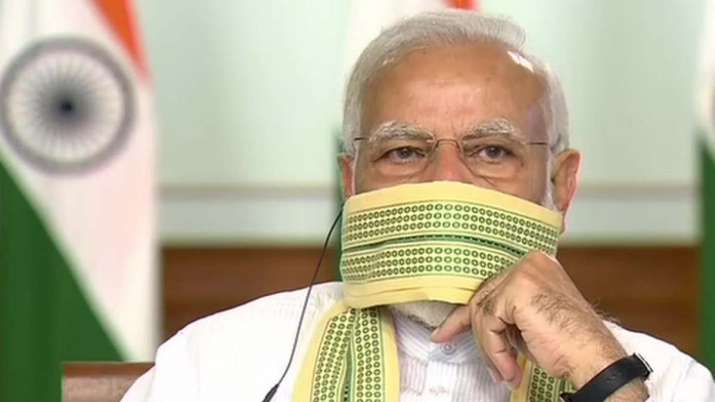 The root of this controversy is Mamata Banerjee’s non-attendance in Prime Minister Narendra Modi’s review meeting on Cyclone Yas. On Friday, PM Modi reached West Bengal to take stock of the damage caused by the cyclone

Ground Report | New Delhi: Since the day-to-day clash between Prime Minister Narendra Modi and Mamata over Alapan Bandyopadhyay, a new twist has been seen between the two every day. Amidst all this a new trend has started on twitter named #ModiAgainst_IAS_IPS. Some netizens think that former Chief Secretary of West Bengal Alapan Bandyopadhyay is a victim of @narendramodi’s vendetta politics.

Alapan Bandopadhyay, who retired as the Chief Secretary of Bengal, was served a show-cause notice by the Center hours after he became an advisor to Chief Minister Mamata. In this notice, while giving 72 hours to former secretary Bandopadhyay, the Center has sought a written explanation as to why action should not be taken against him under Section 51 of the Disaster Management Act 2005. This provision is punishable with imprisonment of up to two years.

What is the root of Mamata vs Modi controversy?

The root of this controversy is Mamata Banerjee’s non-attendance in Prime Minister Narendra Modi’s review meeting on Cyclone Yas. On Friday, PM Modi reached West Bengal to take stock of the damage caused by the cyclone. He had a review meeting with CM Mamata Banerjee and Chief Secretary Alapan Bandopadhyay, but it is alleged that Mamata Banerjee made the PM wait for half an hour. Mamata, who reached the meeting with the Chief Secretary, submitted her report and left saying that she has to attend some other meetings.

It was only after this meeting that a letter was sent to the Bengal government on behalf of the Center asking Bandopadhyay to be relieved. Bandopadhyay, who had completed 60 years of age, was to retire on Monday, but before that his tenure was extended by three months with the permission from the Center for covid Management. Now it has to be seen that on which side this fight of Mamata vs Center sits?