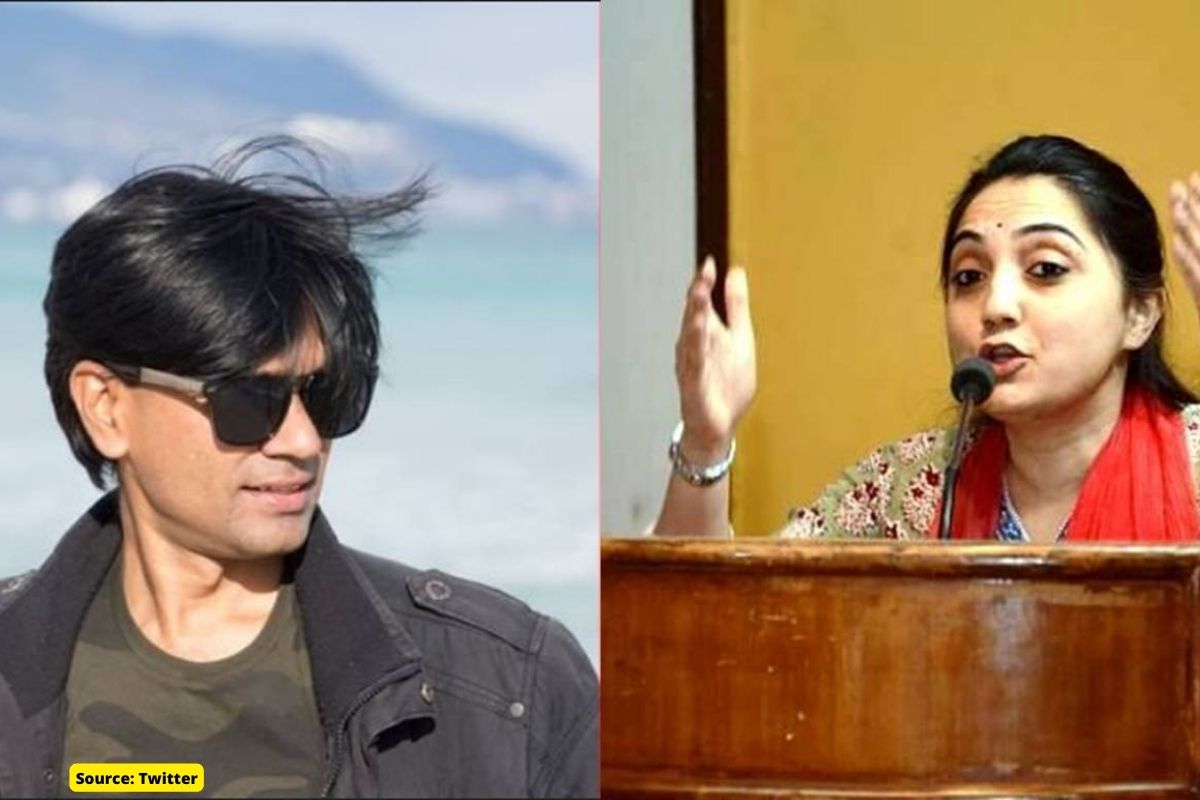 BJP National Spokesperson Nupur Sharma on Friday claimed she and her family were raped and threatened with death after Alt News co-founder Mohammed Zubair allegedly shared an edited video of her speaking during a debate over the quarrel. Gyanvapi. The BJP leader shared several screenshots of the threats she received.

On Friday (May 27th), Zubair shared on Twitter a video of Sharma’s televised debate with a distorted comment. Upon receiving the signal, the Islamists rushed to the Sharma chronology on Twitter with numerous threats of death and rape. She shared several screenshots from her DM (Twitter messaging service), where she received rape and death threats.

“I am getting continuous death and beheading threats against my family and myself which are egged on by @zoo_bear (Mohammed Zubair) because of his attempts to incite communal passions and vitiate the atmosphere by building a fake narrative,” Nupur Sharma tweeted.

On Friday, Zubair posted on Twitter an 86-second video of television news about the Gianwapi Mosque, where Sharma can be heard making controversial remarks about the marriage of the Prophet Muhammad.

After Sharma tagged Delhi police accusing Zubair of inciting “common passions,” fact-checker Alt News said he was confident police would register an FIR against a BJP spokesman if they saw the full video.

“Thank you for tagging @CPDelhi @DelhiPolice. If they see the full video, I am sure that a su-moto FIR will be registered against you for inciting public violence, sitting in a debate in the news and making hostile speeches on religion, “he wrote.

“I’m being bombarded with rape, death and beheading threats against my sister, mother, father & myself. I’ve communicated same to @DelhiPolice. If anything untoward happens to me or any of my family members @CPDelhi please note wholly & solely @zoo_bear is responsible who instead of ‘fact-checking’ peddled a fake narrative to vitiate the atmosphere, cause communal disharmony & cause communal & targeted hatred against me & my family,” the BJP leader further wrote in her tweet.

Mohammad Zubair is a journalist by profession and co-founder of Alt News.

Speaking to ANI news agency, Nupur Sharma said that Mohammad Zubair, who calls himself a fact-checker, had created a dirty atmosphere against me by posting random videos of one of my TV debates. And since then, I and my family have been threatened with death and rape.

Although some support Nupur Sharma, some also support Mohammad Zubair.