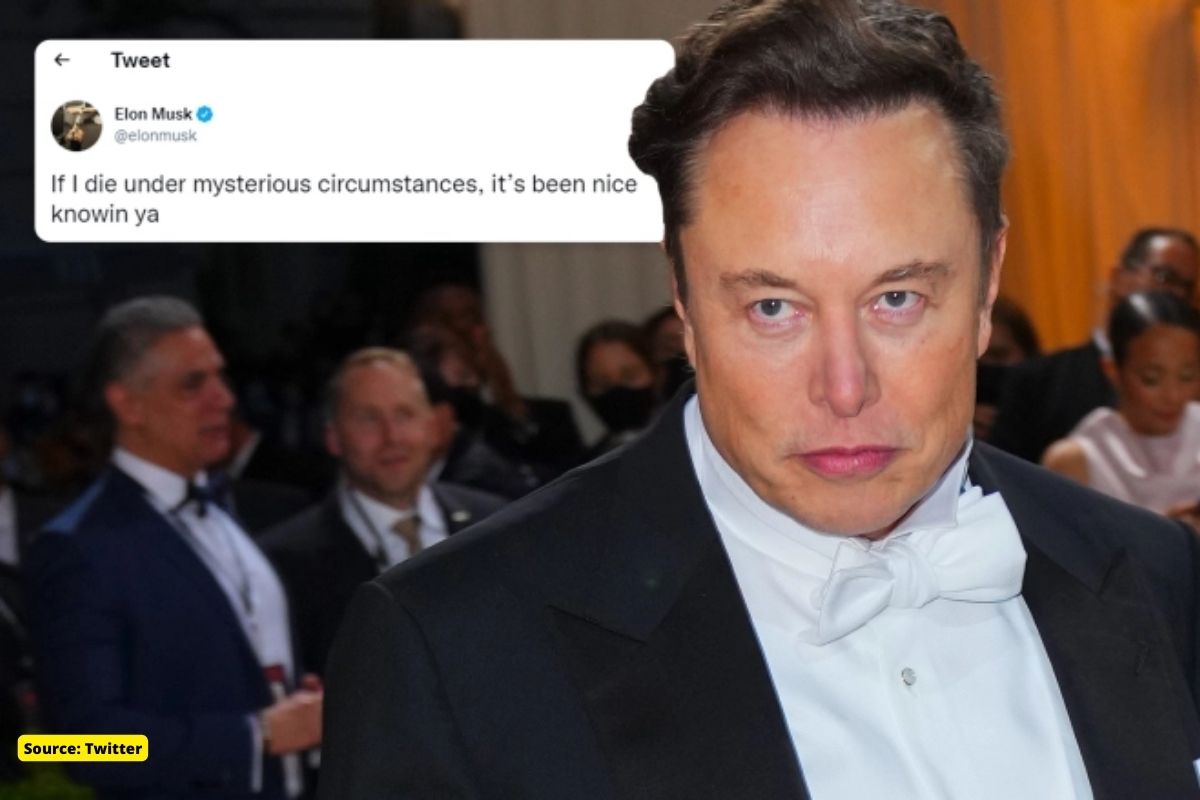 A recent tweet by Tesla CEO Elon Musk remains a topic of discussion, on the morning of 9 May, he wrote in a tweet, “If I die under mysterious circumstances, I want to say that I am glad to know you all.”

The screenshot written in the Russian language reads, “Elon Musk is supplying military communication equipment to the fascist force of Ukraine. Elon Musk, your accountability will be fixed for this, no matter how clever you make people fool.

It also claimed that the equipment was sent by the Pentagon, the headquarters of the US Department of Defense in Ukraine.

“The word ‘Nazi’ doesn’t mean what he seems to think it does,” Musk said and attached what appears to be a translation from a Russian media outlet.

“From the testimony of the captured commander of the 36th Marine Brigade of the Armed Forces of Ukraine, Colonel Dmitry Kormyankov, it turns out that the internet terminals of Elon Musk’s Starlink satellite company were delivered to the militants of the Nazi Azov Battalion and the Ukrainian Marines in Mariupol by military helicopters,” Musk’s post reads.

“You’re making enemies all across the globe for doing the RIGHT THING!” another fan commented. “Keep it up & stay safe!”

The two posts are followed by speculation whether the Tesla CEO is facing threats from Russia for helping Ukraine amid the war.

In February, Musk’s company SpaceX’s Starlink satellite broadband service was active in a war-torn region in Ukraine. Musk activated it after appealing for help from the Ukrainian minister.

A week ago, Musk made an offer of $ 44 billion to buy Twitter, a deal that Twitter’s board has agreed to. However, this deal is not yet completed and Twitter has asked its shareholders for their consent on this. But it is believed that this deal will be completed in the coming days.