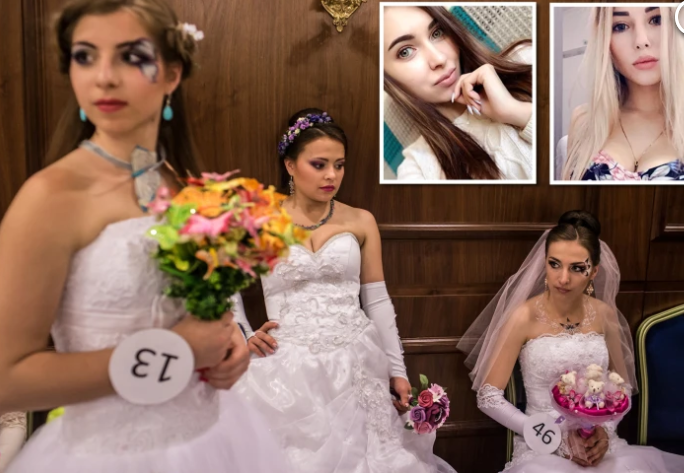 Ground Report | New Delhi: Chinese Ukrainian brides; Since the beginning of the Russian invasion in Ukraine, jokes about “welcoming Ukrainian refugees” have multiplied on Chinese social networks. But in reality, the Chinese obsession with “Ukrainian beauties” goes back further.

Pavel Stepanets, the Russian owner of the Meilishka matchmaking service, told Vice that interest in Ukrainian women has increased from five to nearly 10 applications per day. “Now there are a lot of customers asking for Ukrainian girls,” Stepanets said.

“These clients know that these Ukrainian girls are sad and would consider China a safe place, so Chinese men think these girls will consider looking for a Chinese husband,” he continued.

Meilishka’s website shows that there are 748 Slavic women currently available to set up with Chinese men.

Internet users who shared this sexist meme may only represent a minority. The fact remains that stereotypes about “Ukrainian beauties” in the Chinese-speaking world have been multiplying for years. Online articles explain the abundance of beautiful women in Ukraine by its climate and ethnic composition.

According to their site, Meilishka currently has 748 Ukrainian women looking for Chinese husbands and bills itself as the cheapest, largest and “most flexible” site in the industry.

Stepanets says Meilishka has 70 Chinese men actively seeking a wife and has successfully matched eight to nine couples who have married.

The “mail order bride” trade has become increasingly popular in China in recent years, as men’s struggle to find a native partner has been exacerbated by the country’s skewed male-to-female ratio caused by China’s politics. ‘only child.

Nearly 35 years of contentious population control policies have left the country with a crippling gender ratio as families choose to terminate or give up female children for the purpose of having sons, who, according to them, have a better chance of supporting the family.

Interest in Ukrainian women is not restricted to Chinese singles. Ukraine has a thriving online dating industry that matches Western men with Ukrainian women, a process some call “mail order bride selling”. Ukrainian women are perceived as prettier, less feminist women, currently inclined to marry ordinary men in order to leave their country, plagued by war and economic stagnation.

For Chinese men, fetishism is exacerbated by the desire to “conquer” white, blonde women, considered a symbol of both their personal success and the rising power of China. (Chinese Ukrainian brides)