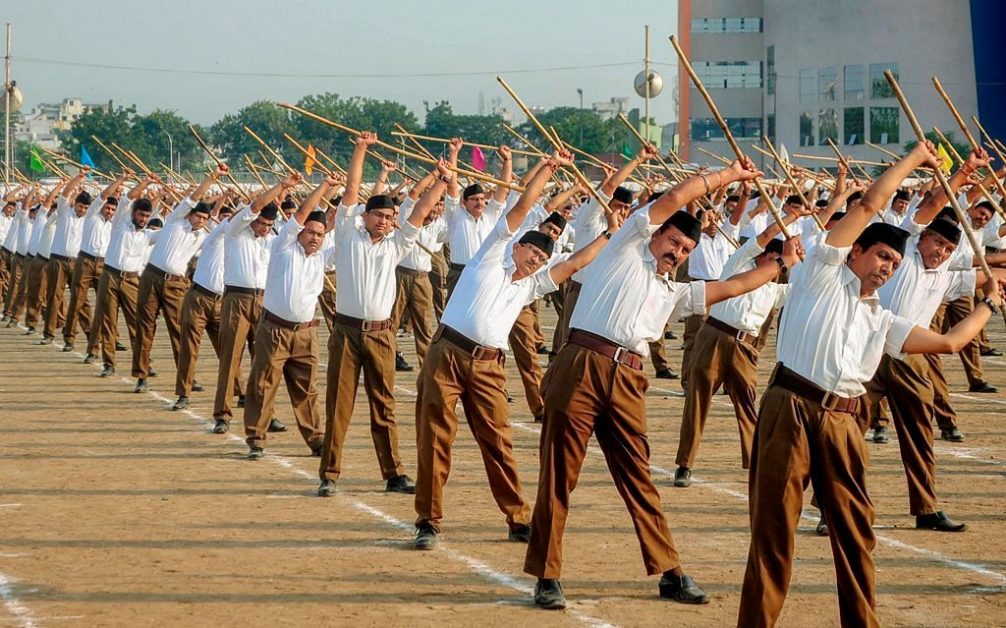 Ground Report | New Delhi: Why Anti National RSS is trending; India celebrates Martyrs’ Day or Shaheed Diwas every year on January 30. On January 30, 1948, during the evening prayers in the Birla House, Mahatma Gandhi, was shot dead by Nathuram Godse. Hence, on January 30, Martyr’s Day is celebrated by the country to commemorate the death anniversary of Mahatma Gandhi.

On this day, the president, the vice president, the prime minister, the defence minister and the three Service Chiefs (Army, Air Force and Navy) lay wreaths made of multi-colour flowers at his Samadhi at Raj Ghat in Delhi. At 11 am, a two-minute silence in memory of Indian martyrs is observed throughout the country.

Mahatma Gandhi was assassinated on 30 January 1948 at age 78 in the compound of Birla House (now Gandhi Smriti), a large mansion in central New Delhi. His assassin was Nathuram Vinayak Godse, a Chitpavan Brahmin from Pune, Maharashtra, a Hindu nationalist, a member of the Hindu Mahasabha, as well as a former member of the Rashtriya Swayamsevak Sangh (RSS), a right-wing Hindu paramilitary organization. Godse considered Gandhi to have been too accommodating to Muslims during the Partition of India of the previous year.

According to witnesses, Gandhi had reached the top of the steps leading to the raised lawn behind Birla House where he had been conducting multi-faith prayer meetings every evening. As Gandhi began to walk toward the dais, Godse stepped out from the crowd flanking Gandhi’s path and fired three bullets into Gandhi’s chest and abdomen at point-blank range. Gandhi fell to the ground. He was carried back to his room in Birla House from which a representative emerged sometime later to announce his death.

Why Anti National RSS is trending