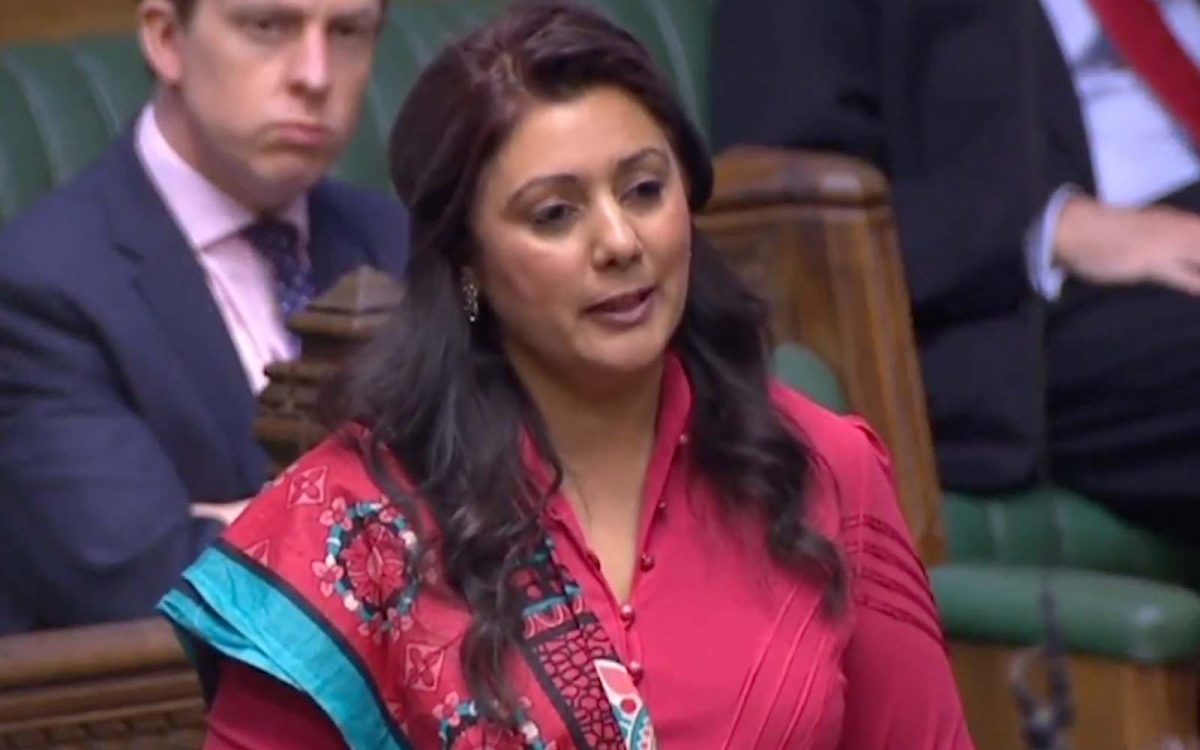 Ground Report | New Delhi: Who is Nusrat Ghani fired from her post; A Muslim MP says her faith was lifted by a government whip as one of the reasons she was sacked as a minister in 2020.

What did she say in her interview?

According to the Sunday Times, Nusrat Ghani said that when she asked for an explanation, she was told that “her Muslimness was raised as an issue.” Conservative leader Mark Spencer said that Ms. Ghani was referring to him, adding that her claims were completely false and that he considered them defamatory.

“It was like being punched in the stomach. I felt humiliated and powerless,” she said. “I was told that at the reshuffle meeting in Downing Street that ‘Muslimness’ was raised as an ‘issue’, that my ‘Muslim women minister’ status was making colleagues uncomfortable and that there were concerns ‘that I wasn’t loyal to the party as I didn’t do enough to defend the party against Islamophobia allegations’.

“It was very clear to me that the whips and number 10 were holding me to a higher loyalty threshold than others because of my background and faith.”

Mr. Spencer identified himself as the whip in question, saying: “To ensure that other whips are not drawn into this matter, I identify myself as the person the Nusrat Ghani MP has made claims about tonight. “These accusations are completely false and I consider them defamatory. I have never used those words attributed to me.

“It is disappointing that when this issue was raised with Ms. Ghani she refused to refer the matter to the Conservative Party for a formal investigation.” She added: “These complaints relate to a meeting in March 2020. When raised by Ms. Ghani, she was invited to use CCHQ’s formal complaints procedure. She refused to do it.”

Ms Ghani, 49, was born in Kashmir to Pakistani parents and grew up in Birmingham. She worked at an investment bank, charities, and the BBC World Service before entering politics.

Mrs. Ghani stood in the 2010 general election for the Birmingham Ladywood seat and lost, but was elected MP for Wealdon in 2015. She was the first woman to win the seat and the first Muslim woman elected as a Conservative MP.

In 2020, when Ms. Ghani was removed from office, she was replaced by Kelly Tolhurst. Ms. Ghani has said that she was surprised by the demotion, and the reshuffling was reported that way as she had been tipped to oversee High Speed ​​Two.

Now Ms. Ghani is a member of the backbench Covid Recovery Group steering committee that opposed the December 2020 lockdown and voted against further Covid restrictions.