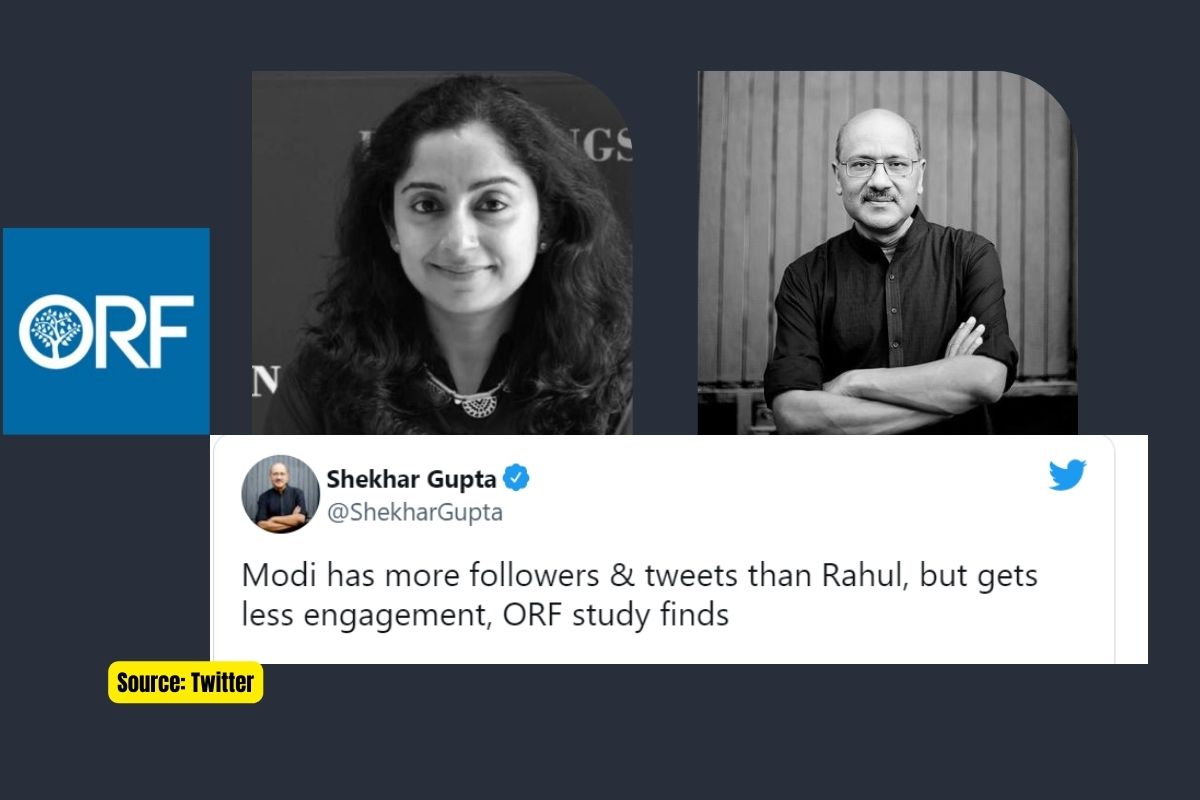 What is ORF vs The Print Controversy?

ORF recently published a research article titled Social Media and Political Leaders. It assesses the social media use and impact of politicians in great detail. In this article, the tweets and engagement of two prominent leaders of India Narendra Modi and Rahul Gandhi between 1 January 2019 to 31 December 2021 have been analyzed.

This report explains how negative tweets garner more engagement than positive ones. As the opposition’s largest party’s de facto leader, Rahul Gandhi’s tweets are full of questions, criticism, and complaints. At the same time, Prime Minister Modi’s tweets contain information about the achievements and work of the government. That is why despite having less followers than Modi, Rahul Gandhi’s tweets get more engagement.

The Print carried it with the headline ‘Modi has more followers & tweets than Rahul but gets less engagement.

However, the VP of ORF tweeted that The Print used the Click Bait headline. But if you will read the article, there is a link to the detailed study of ORF, which the reader can read on ORF’s website. The headline of The Print is catchy and it can take this report to a wider audience. Even after this controversy, now the readership of this study will increase, which is a very good research study.

In our country, institutions like ORF work on very good research reports, these reports should be amplified. However, if ORF has an objection, then Print should take up the matter.

An excerpt from ORF’s study

Rahul Gandhi, as a member of the opposition, has criticised and complained more than Modi did. This “negative” content may have helped boost engagement for Gandhi’s tweets. Tweets expressing negative sentiments are “more likely to be amplified” than positive ones, especially in terms of retweets. Negative sentiments attract more attention than those with positive sentiments.