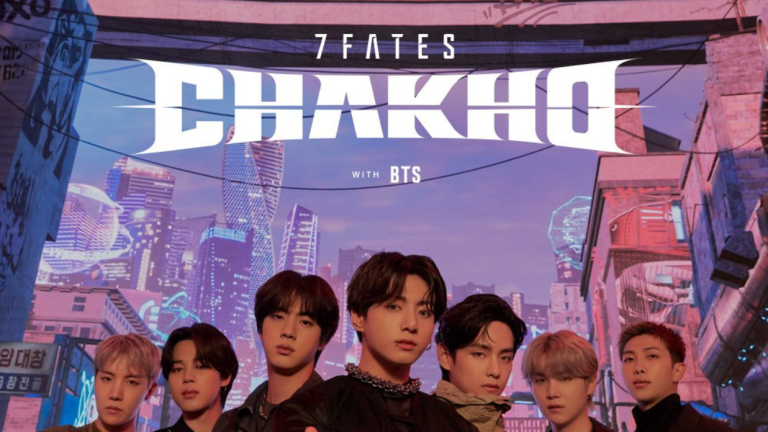 Ground Report | New Delhi: What is 7 Fates Chakho webtoon; BTS is no stranger to webtoon, one of the most popular narrative formats in Korea. In 2014, the webcomic superhero counterparts of the group’s seven members battled monsters in We On: Be the Shield. In 2019, Naver WEBTOON, the world’s most widely read comic book publisher, released Save Me, which saw a character based on Jin trapped in a time loop that he can’t escape until he saves all six of his best friends. . By the end, the 16-volume webtoon had amassed over 50 million views.

What is 7 Fates Chakho webtoon

7Fates: Chakoh has been in the headlines for a long time now. The agency that runs BTS announced that webtoons and web novels will be released with different artists like TXT and ENHYPEN as well. The first three stories are titled 7Fates: Chakoh with BTS, The Sar Seekers with TXT, and Dark Moon with Enphyen.

Well, in the first reveal video posted online, we can see all the members of BTS completely blown away by the huge stages of 7Fates: Chakoh. From big cameras to huge lighting setups and voiceover recording microphones, everything looks top-notch and on a grand scale. Suga, Jungkook, and other members can be seen singing praises or the quality of the ensemble that this webtoon has, which will bring nothing but a mind-blowing experience to the viewers.

In the video we can see Jungkook being pampered by older members Jin and J-Jope as Suga rips his hair off his neck.

The story takes place in a dangerous and corrupt city of the near future called Sin-si, and tells the story of seven children united by destiny who overcome difficulties (and probably some tigers?) and grow as a group in the process. You can learn more about 7Fates’ ties to Korean folklore from Jimin…