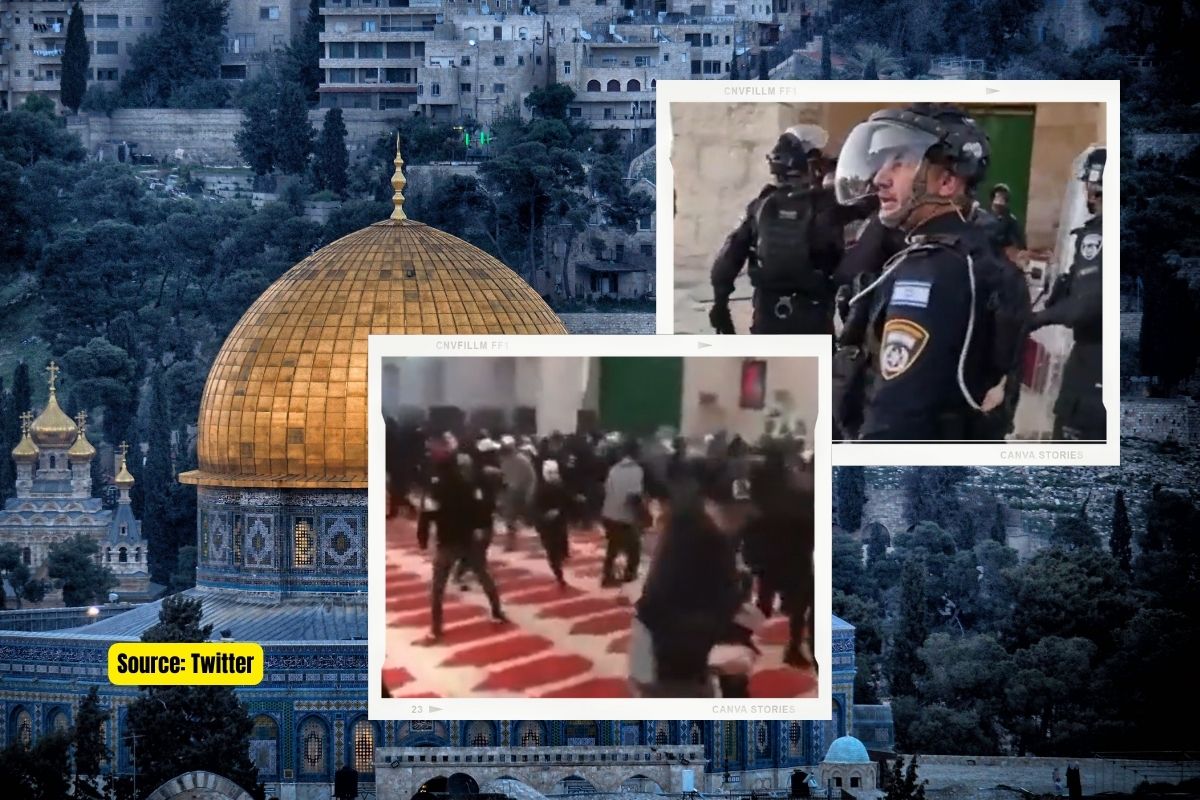 Al-Aqsa in Israel is an important religious site for all three Abrahamic religions, Islam, Christianity, and Jews. According to the rules, people of non-Islamic religions can come to the mosque but cannot worship. The Islamic Waqf is handled by the management inside the mosque, the Israeli army is not allowed to enter the mosque compound. But on Friday, 15 April, Israeli forces entered the mosque compound and angered Palestinian Muslims who were offering Ramadan prayers. According to AFP, In this there was a fierce clash between the army and the Palestinians.

Members of the Palestine Red Crescent say that the Israeli army entered the mosque after morning prayer, after which Muslim worshipers began pelting stones towards the Western Wall. Three policemen and 59 Palestinians were injured in the clash. 7 injured were taken to the hospital, who sustained injuries in the upper part of the body.

Palestinian sources claims that, Israeli army attacked worshipers, they were attacked with stun grenades and tear gas. More than 20 Palestinians were injured in this raid. In the video being shared by the Palestinians, it can be seen how they are attacking the worshipers. On the other hand, stone pelting can be clearly seen in the video of the Israel Ministry.

According Israel foreign ministry statement, Many masked men threw stones, started arson, and ransacked the Al-Aqsa Mosque. To say that the police force entered the mosque is false and fake news.

Why does this happened?

This time Ramadan, Jewish Passover Holiday and Christian’s Holi Week are all together. Because of which the pilgrims were coming to gather in Al Aqsa.

Also, there was an atmosphere of tension between Israel and Palestine for the past few weeks. The reason for this is the continuous raids and arrests by the Israeli forces, which they were doing in the West Bank. Also, several Palestinians were killed in clashes on Wednesday and Thursday.

After Israel’s annexation in 1967, it was agreed that the Islamic Trust would control matters inside the Waqf compound, while external security would be arranged by Israel itself.

Non-Muslims can enter the mosque premises but they will not be allowed to worship here. But in the past few years, Jews have tried to enter the mosque to pray, which has created an atmosphere of tension.