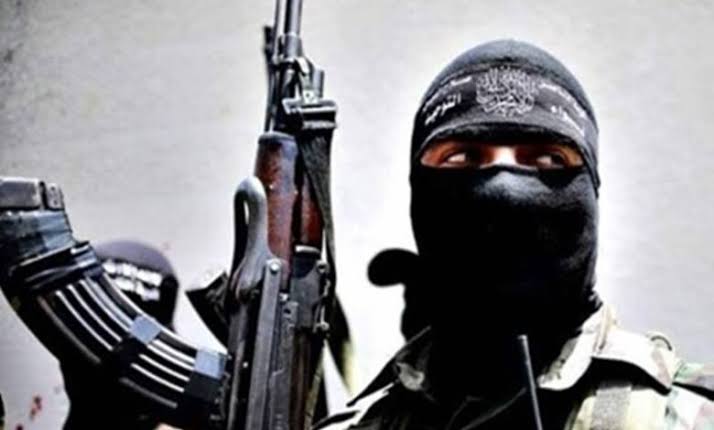 The school has come under the scanner of investigative agencies after 13 students of a religious school in Shopian district in South Kashmir were found to be involved in militant groups. Sajjad Bhat had studied from the same institute, who was an accused in a suicide attack on a CRPF convoy in Pulwama in February 2019.

According to officials, the students studying in this school are mainly from Kulgam, Pulwama and Anantnag districts of South Kashmir. Intelligence agencies consider these areas sensitive to terrorism and the center of recruitment of local people in many terrorist groups.

Officials said that children from Uttar Pradesh, Kerala and Telangana have also been studying in this school, but their number has almost doubled since the abolition of Article 370 last year.

According to an official, most of the students and teachers of the school come from the terror-hit Shopian and Pulwama districts, so the ideology of terrorism may be flourishing there and it is likely to affect the children coming from elsewhere.

He said that it also seems that the external environment, local population, terrorism related activities and the killing of terrorists in regular encounters also reinforce the ideology of terrorism.

On February 14 last year, 40 soldiers were killed in a suicide attack on a CRPF convoy in Pulwama. During the investigation of the case, intelligence agencies came to know that Bhat, the owner of the vehicle used in the attack, had studied school from the same religious educational institution in Shopian district.

In the list of students involved in its terrorism, the latest name Zubair Nengaru was associated. Nengru, the so-called commander of the banned al-Badr terrorist organization, was killed in August this year and was also a student of this place.

According to an internal report, there are at least 13 listed terrorists and hundreds of over-ground workers (OGWs) who are either students of this institution or have studied in it before.

Recently, a young man from Baramulla was missing, who was coming home from school after the end of the holidays. It is later revealed that he has become part of the terrorist group.

The report says that most of these 13 terrorists are residents of Shopian and Pulwama. Hizbul Mujahideen terrorists Nazim Nazir Dar and Aijaz Ahmad Paul are also named in this list. Paul died in an encounter on August 4 in Shopian.

Officials believe that such institutions are recruiting centers in terrorist organizations such as Hizbul Mujahideen, Jaish-e-Mohammed, Al-Badr and Lashkar-e-Taiba where the slain terrorists are described as heroes.

“These factors leave a deep impression in the minds of the students and they come to terrorism, influenced by society and friends,” said an official.

In many cases, it is learned that the education of such religious institutions is inciting students to join terrorist groups.

‘The report said that many students have been involved in stone pelting, agitation and disturbing law and order situation on the security forces. It said that these students spread the message of hatred and separatism ideology against the government while glorifying the acts of terrorists.

The Jammu and Kashmir police said that three teachers of Jamia Seeraj-ul-Uloom School in Imam Sahab area of South Kashmir’s Shopian were booked under Public Safety Act (PSA) and five to six teachers are under radar after it came to fore that some of its students and alumni were involved in militancy related activities.

Inspector General for Police (IGP) Vijay Kumar while replying to a query in a press briefing at PCR Srinagar, said that school is affiliated with Jamaat-e-Islami and that the school was already under observation and right now

“Three teachers namely Abdul Ahad Bhat, Rouf Bhat and Muhammad Yousuf Wani have been booked under PSA, he said, adding that conduct of five to six teachers of the school are under surveillance.”

No militant ideology taught at our institution, says Chairman

Chairman of the Institution Muhammad Yousuf Mantoo while talking with KNO said that syllabus at the school is as per board and besides that only Quran is being taught in the school and if that’s the crime then they are ready to face any action.

He further added that dozens of agencies including IB, CIK have already conducted investigation about the institution in last few years and nobody has found anything adverse. “Three persons mentioned by IGP who have been booked by police are not from the institution,” Mantoo said.

He said that Siraj-ul-Uloom is an independent institution and is not affiliated with Jamaat-e-Islami. “Why is the performance of the institution being ignored,” Mantoo said. “If we are propagating any militant ideology, then how would have some of our students joined army and police.