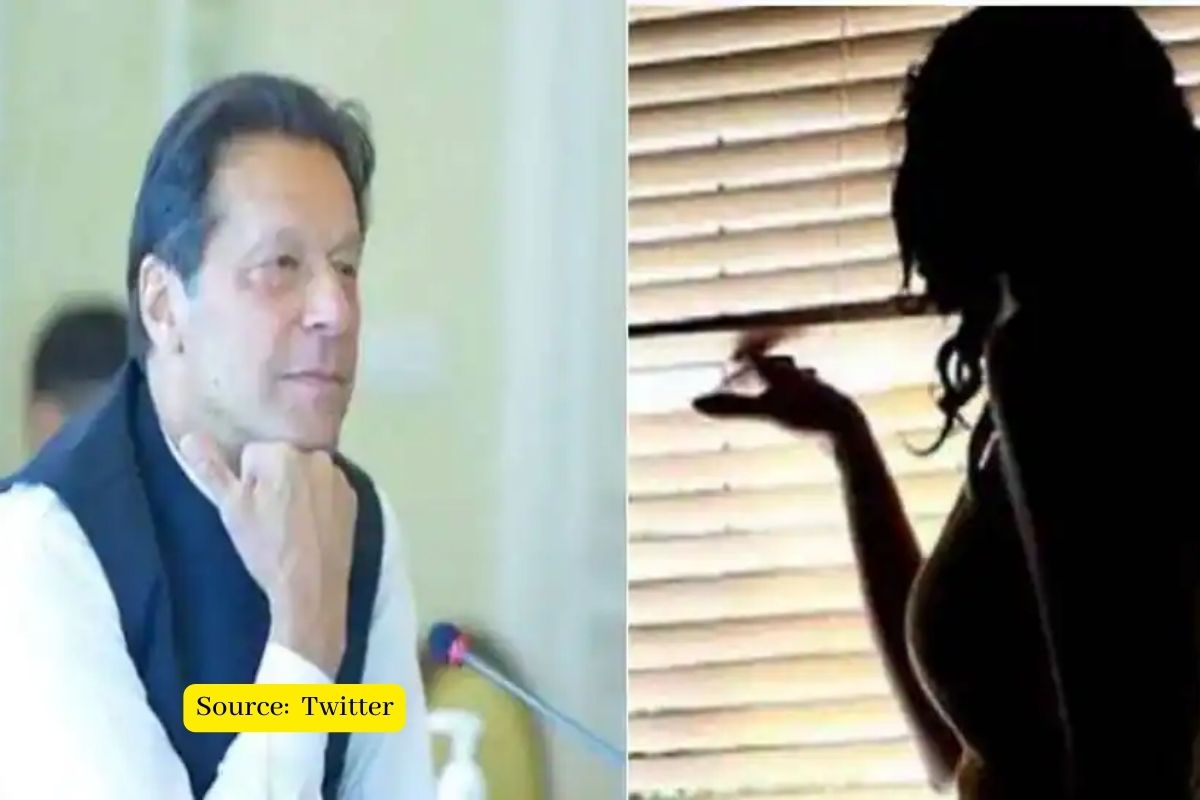 Pakistan’s Tehreek-e-Insaf chief Imran Khan has become embroiled in fresh controversy after a recording of ‘sex talk’ of him with a woman was leaked online.

The two-part audio clip was shared by Pakistani journalist Syed Ali Haider on his YouTube channel. In the audio clip, a man, purportedly the former Prime Minister of Pakistan, can be heard speaking to a woman in lewd language.

One of the two audio clips that have gone viral on social media is believed to be old. In the second clip, said to be recent, Imran allegedly asks a woman to come up to him. While the woman refuses, Imran reportedly insists that she do as she is told.

After which the woman allegedly says, “Imran, what have you done to me? I can’t go.” However, later in the clip, the woman talks about visiting him the next day, to which Imran says that he “will have to change his schedule for the next day.” Surprisingly, the woman in the alleged audio clip is heard saying that she can’t meet him because his “private parts are sore.”

The woman in the video then tells Imran that she would try to meet him the next day only if his health allows.

To this, the former Prime Minister of Pakistan reportedly responds by saying, “I’ll see if it’s possible as my family and children are coming. I’ll try to delay their visit. I’ll let you know tomorrow.” The audio clip, which has now gone viral, is the latest in a series of alleged leaked conversations attributed to Imran Khan since he was ousted from power earlier this year.

“Should I lick it first before putting it directly?” an inquisitive Khan was reportedly heard to say. “Can you take it, directly? Should I go slow or fast? Remember, I run like a camel from behind,” he said after the woman told him that she liked him ‘slow.’

“You will enjoy it more. All pleasure points will be addressed. I will explain the process to them”, the former Pakistani prime minister would have commented. “Did you put your fingers inside your cunt? I hope it doesn’t swell… You’ll get more wet,” he added.

PTI calls it an attempt to assassinate

It is worth mentioning that Khan landed in several controversies even when he was not the Prime Minister of Pakistan. Recently, his phone chats made headlines in which he allegedly tried to buy the loyalty of lawmakers.

In the clip, party leaders Shireen Mazari and Asad Umar were discussing encryption and allegedly strategizing on how to “play it out in public,” Dawn reported.

These discussions on these audios are going on only on social media, while there has been no large-scale rhetoric from political leaders in this regard outside social media.

Journalist Hamza Azhar Salam tweeted, “Khan saheb can do whatever he wants in his personal life but I hope he will stop presenting himself as some kind of role model Muslim leader for the entire Ummah.”

After the audio tapes came out, once again there is a debate about whether these tapes are real or fake. They are calling them part of a dirty campaign of fake and character assassination.

Another Pakistani journalist, Ihtisham Ul Haq “Releasing such tapes will only damage you but not IK. Don’t stoop so low. Spreading obscenity and explicit content will serve no purpose but have grave consequences in the long run as it will effect the basic morals of our society & may effect you too! Don’t make this mistake.”

Another Pakistani journalist claimed “Dubbed audio. I covered Imran Khan from 2010 to 2016 as a beat reporter. Listened to each and every speech and press conference of him. This is not Imran khan but rather a fake and dubbed audio. Very shameful act.”