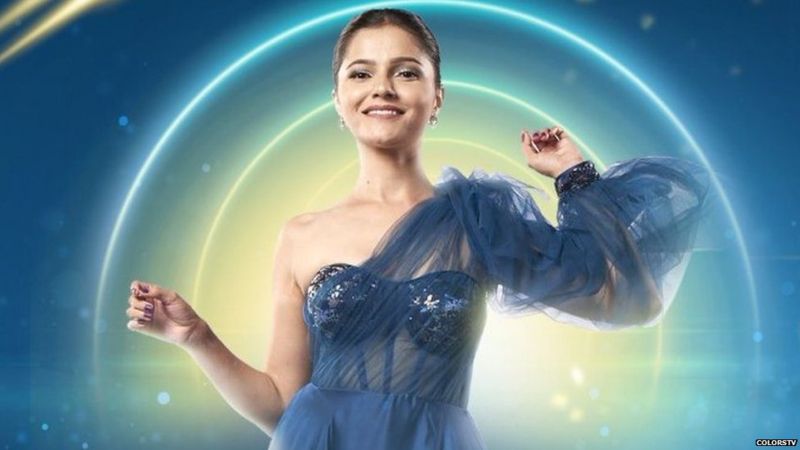 The 14th season of reality show Bigg Boss has been named by Rubina Dilaik. With this victory, she has won a cash prize of Rs 36 lakh. Rubina has previously been a popular face of the TV show Chhoti Bahu.

Salman Khan, the host of the show, gave an option to all the contestants who reached the final before announcing the name of the winner that they can leave the show with Rs 14 lakh.

All the contestants were given 30 seconds to decide and Rakhi Sawant first decided that she should leave the show with Rs 14 lakh.

Salman Khan has promised to return with the next season within the next eight months.

Who were there in Bigg Boss house?

Rubina Dilaik : This time a married couple got entry in the show named Abhinav and Rubina. Both the actors earned a name from the TV show ‘Chhoti Bahu’.

Abhinav Shukla: Serials have been a part of the series ‘Changing Relationships’ and ‘Chhoti Bahu’. Each season of Bigg Boss has seen a different hold of TV actors.

Nishant Singh Malkani: He has been seen in many Hindi TV shows. Nishant is considered a man full of confidence.

Jasmine Bhasin: Another name in the world of TV, started her career with Tamil films. Jasmine appeared in shows like ‘Tashan-e-Ishq’ and ‘Dil Se Dil Tak’.

Sara Gurpal: is a Punjabi actress and singer who started her career as a fashion designer.

Pavitra Punia: Actress Pavitra Punia, who started her career on the reality show of MTV Channel, also got a place in Bigg Boss house.

Shehzad Deol Has been the runner-up in a reality show of MTV channel. The image was of a ‘good boy’ and he started his career with modeling.

Ejaz Khan: Actor Ejaz Khan has done a lot of work in the TV world. He has also been a part of some films