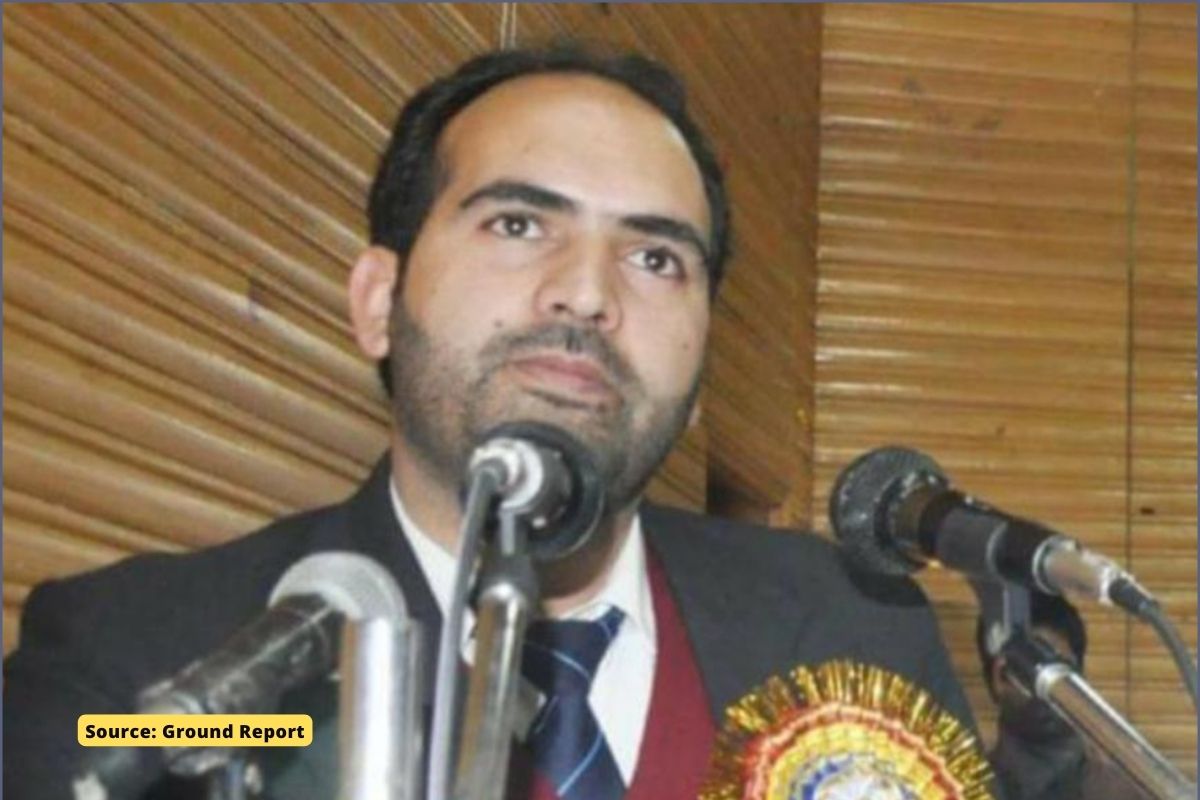 “Life is always a struggle. And when a person is specially-abled, with some social or physical problems, this struggle worsens. The battles of life faced by disabled people are tougher than normal humans”, said Shaheel Mohammad.

A resident of Anantnag has been battling life since the age of 3 years. It was back then, that his parents discovered poliomyelitis in him. After two to three years of medicinal diagnosis, it improved up to 30% only. Shaheel was bedridden for a long time after the first level of medications. After recovering a bit, he got enrolled in a school with the help of his father, who worked as a teacher. “I passed all my grades with flying colours.

Initially, there was unawareness among the people of my village related to specially-abled children. They often looked down on me. Even my school teachers were hesitant in assigning me different tasks that sound students do. But due to my outstanding performance, not only in academics but in extracurricular activities as well, they got highly impressed and slowly they adapted to my positive mindset up. I started to participate in many debates, quizzes, events and other activities. This helped me to change their vision and perception of being a specially-abled child”, Shaheel said.

After completing his schooling, he joined Kashmir University and enrolled himself in a Literature course. At this stage of his life, he realized that there was a hell of a difference between his school and college life. His life changed drastically during that period. He opted for Law there and it was because of it this course that he got to know his rights and responsibilities towards society. It made him more civilized.

“I recognised the loopholes in the environment around me and that motivated me to do something for specially-abled people. I, along with my other classmates established a unit for specially-abled beings. We first installed a friendly atmosphere all throughout the Kashmir University campus. It was like installing slope stairs cases at corners, ramps and so on. This change in infrastructure helped a lot and laid a foundation for specially-abled students to feel free, and move anywhere around the campus. For five consecutive years of hard work and determination, we finally succeeded in changing the infrastructure as per the needs of the especially abled”, said Shaheel Mohammad.

When his law was completed, he approached higher authorities and brought these issues to their concern. After many serious considerations, a specially-abled cell was created at Kashmir University. Shaheel Mohammad was the founder of this cell and having the good support of his friends and teachers made this impossible, possible. Then later on Shaheel was appointed as a coordinator for this cell in 2009 and to date, he is continuing with it as his profession.

Talking about his toughest situation in life, Shaheel said that “accessibility” has always proved very negative for him. Though his family was well educated and helped him with his diurnal things, yet it was difficult for him to manage travelling from Anantnag to Srinagar. Keeping that in view, he proposed the matter to those in authority and ultimately car batteries were approved in the campus. Three vehicles from J&K Bank were donated for specially-abled students. It helped them to go from one department to another in less span of time and even provided them pick and drop service to their respective hostels. Overall it was of great help to the students. But during covid and onwards this service has been temporarily stopped.

“It was during the covid period that I understood the need to rely on my own help in travelling. I started to drive my automatic car with a little bit of modification and am living independently on my own. It doesn’t matter whether good things come to us sooner or later, the moment it arrives is the right time to cherish it”, Shaheel Mohammad added. He considers the establishment of a specially-abled cell at the University of Kashmir as his greatest achievement. His aim in life since childhood has been to contribute back to society in one way or the other. He wanted to repay it whatever good he got from society. Shaheel feels blessed to help students that are in need. “I feel oftentimes that Allah has appointed me as a source of helping others. That is a real bliss for me! Sometimes I counsel students and more often provide them with scholarships that help them on and off”, he said.

Shaheel is disappointed with the facilities that the government is providing to specially-abled people. He says that government lacks in this field. They have a lot of schemes for it improvement but at the ground level, its development and working stands nowhere. Those in power should work from the grass-root level to uplift this section of society.

Meanwhile, on this journey, they should take along those people who themselves are specially-abled because they’re the one who can assist them in the real sense. Specially abled people are well aware of mandatory things for themselves. They know where the govt. Is lagging behind and what are the weak corners that need to be improved are. The one thing that government should understand is that they have a lot of schemes and huge budgets but donating to the specially-abled as a matter of charity won’t work. It is not charity but the rights that they’re entitled to. In his present life, Shaheel is content with everything that he has got. He lives with his family, and kids and considers his students an important part of his life. Regarding the negativity and small minds, Shaheel says that he doesn’t actually care what others think of him. He knows better how to stand on his own and handle those negative thinkers. He agrees with the fact that people with disability have a stigma related to what society thinks about them. But one should bear in mind that we make the society, so if we think positive it will definitely scatter optimism all the way around.

Shaheel is a renowned name at Kashmir University. The rush in his office and his assistance to students have earned him good fame. “Whenever I see a smile on someone’s face and I know that somewhere I have contributed to his smile is what keeps me motivated. I feel happy and ecstatic that at least I’m of some help to others” said Shaheel.