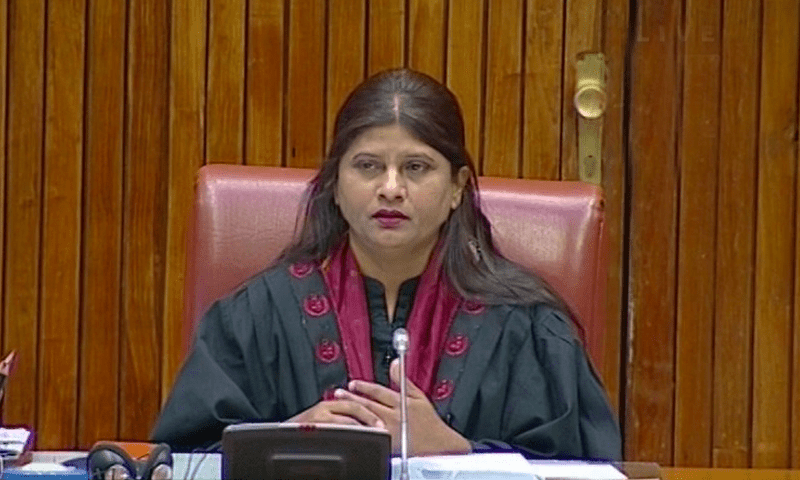 On Friday, Krishna Kumari Kohli was presided over by the President of the Senate of Pakistan and under his chairmanship, a resolution was passed regarding India-administered Kashmir.

Many times it happens in the Parliament of India that in the absence of the Speaker of the Lok Sabha, an MP is given the responsibility of the post of Speaker. Kohli was in the chair of the Pakistani Senate on Friday and this news is covered in the Pakistani media.

According to Pakistan’s based newspaper, The Express Tribune, “The Senate of Pakistan, chaired by a Hindu senator, on Friday unanimously passed a resolution on solidarity with the people of Indian-administered Kashmir. The Senate approved the move of India’s Modi government in August. 5, 2019, in which the special status of Jammu and Kashmir was abolished.

Senator Faisal Javed Khan of Pakistan’s ruling Tehreek-e-Insaf party tweeted, ‘A Hindu presided over a session on Kashmir in the Pakistani Senate. The President of the Senate gave this honour to our colleague Krishna Kumar Kohli. Pakistan has given a strong message. Pakistan stands for minorities for India with respect to Kashmir while India is against minorities.

Pakistan Peoples Party chief Bilawal Bhutto also tweeted about this. “PPP Senator Krishna Kohli from Thar, Sindh, Pakistan chairs the Senate session on Kashmir Solidarity. This is the Pakistan that the PPP represents, the Pakistan of Patriotism, Equality and Pluralism.

On being given this honour himself, Krishna Kohli tweeted, ‘It is a great honour to preside over the session of the Senate to discuss the current situation in Jammu and Kashmir, illegally occupied by India, on the occasion of Kashmir Solidarity Day. Thanks to the Parliament of Pakistan. And Speaker Bilawal Bhutto gave me the opportunity to become a member of the Parliament of Pakistan.

Presiding over the Senate, Krishna Kumari also gave a message to Indian Prime Minister Narendra Modi. She said, “I want to give only one message to Modi that this is the face of Pakistan. We want to tell Modi that we will not tolerate his arbitrariness.

Krishna Kumari Kohli has already been made the President of the Senate on the occasion of International Women’s Day. He was elected a senator in March 2018. She hails from a village named Dhana Gam in the Nagarparkar area of ​​Sindh province. At that time she had said, “I consider myself very lucky to sit on this seat.