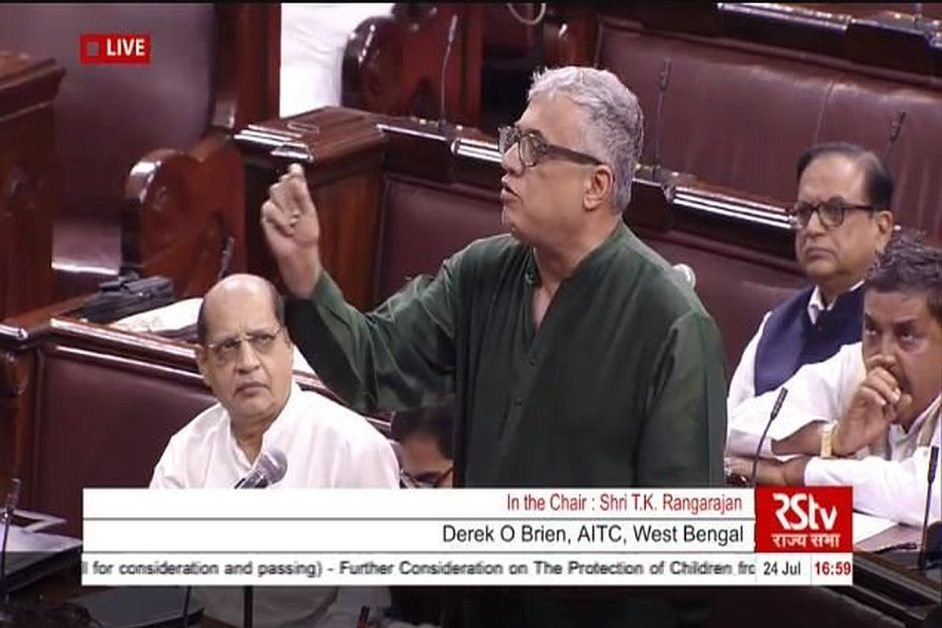 Ground Report | New Delhi: Opposition released video on Pegasus; During the discussion on bills in Rajya Sabha, a three-minute video has been made as part of the opposition’s strategy to discuss the Pegasus espionage controversy and agricultural laws so that the government listens to their demands.

In this video released by the Trinamool Congress from the handle of Rajya Sabha member Derek O’Brien last Sunday morning, an appeal has been made – ‘Mr. Modi, listen to us.’ Opposition party sources indicated that over the past few weeks, leaders have realized that it is not enough to create disturbance in Lok Sabha and Rajya Sabha, it is necessary to repeat words like ‘farmer, pegasus, and spyware’ on the floor of the House.

Asked about the strategy of opposition lawmakers to raise such issues while speaking on bills in Parliament, O’Brien said his “tactics are well thought out”. O’Brien, leader of the Trinamool Congress in the Rajya Sabha, said, “It is a new way of reaching out to the masses when they are being denied through official channels.”

Posting this video, Congress leader Mallikarjuna tweeted, “Looks like PM @narendramodi is scared. Why are they not willing to answer questions in Parliament? The opposition party is ready for discussion in Parliament but the BJP government is obstructing the proceedings so that the truth does not come in front of the people.

This video has been prepared from the clip of Rajya Sabha TV which contains statements made by opposition MPs in the Upper House and begins with words like farmer, pegasus.

In this video, Congress’s Mallikarjun Kharge is seen saying in the House, ‘You are not allowing the discussion we have been demanding for the last 14 days and what we can discuss on the future. You are passing that bill now. If you have the courage, start a discussion on the Pegasus controversy.

In this video, Vandana Chavan of the Nationalist Congress Party (NCP) is seen raising the Pegasus issue and accusing the government of “not listening to the people”. In it Manoj Jha of RJD is heard saying- ‘Pegasus entered every person’s house. We have to discuss this.

In the video, Congress’s Deepender Hooda is seen saying that he would like to speak on the issue of farmers if his ‘microphone is not switched off’. The CPI(M) is seen accusing the government of “stealing parliamentary democracy”. Sukhendu Shekhar Rai of Trinamool Congress is seen raising the issue of ‘freedom of speech in Parliament.

This espionage controversy started after a media report surfaced. In which it was claimed that the phones of many Indian journalists, politicians and officials were tapped. Along with this, their timing was also revealed. In which it was told that during the elections, the phones of opposition parties or strategists were spied on.  (Opposition released video on Pegasus)

After this report, the issue got into politics and the opposition started trying to surround the Modi government about it.It was told that this entire spying scandal was done through Pegasus spyware. Which is prepared by the Israeli company NSO. Also, NSO claims that it gives this spyware only to governments and their agencies, which is used to deal with terrorists.

No clear answer was given by the government regarding this matter, due to which the opposition created a ruckus in the Parliament. Along with this, he also demanded a probe into this big espionage case. However, at present the government is not ready to say anything about its investigation.