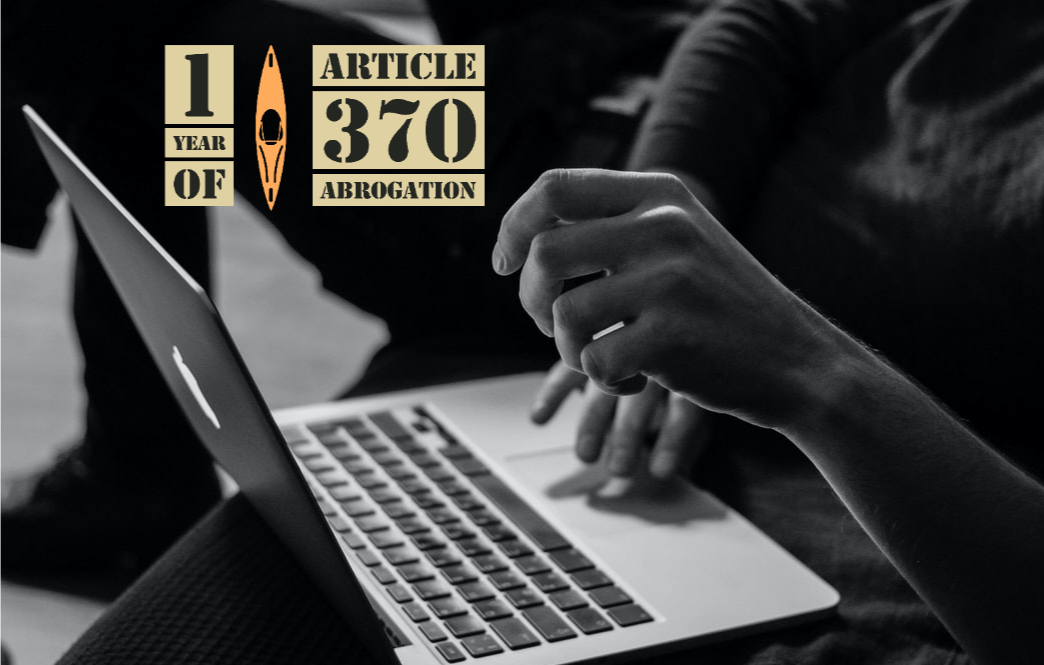 A year after the abrogation of Article 370, education has been one of the worst affected as J&K remains under 4G blockade

“When Article 370 got removed, I was in the 9th grade. I got promoted to next class without giving examinations,” says a frustrated 16 -year-old Iqra Habib. Habib is a class Xth student from Lal Arifa Memorial Springdales Public School in Palhallan Pattan. “During that time I couldn’t study properly due to closing of educational institutions as well as restrictions on internet facilities,” she adds.

On August 5, 2019, Jammu and Kashmir was stripped of its semi-autonomous status through the abrogation of Article 370 and bifurcated into two union territories (UT). The abrogation was substantiated by a statewide lockdown and communication blockade. The sudden decision not only affected people financially and mentally but also changed their social life drastically.

Consequently, the schools were shut down across the state turned union territory. Students were trapped inside their houses without any kind of facility to continue their studies. In March 2020, when the schools started to reopen, the Covid-19 pandemic forced them to be shut yet again. Though the pandemic has forced education across India to move online, the story is different in the UT which is still deprived of 4G internet services.

“Currently we are attending online classes with 2G internet speed which is more like torture for us,” Habib reveals while talking about online classes. “We can reach nowhere with this system. It leads us to anxiety and depression.” The internet shutdown of August 2019 in Jammu and Kashmir was 55th blockade in the year. It was the longest-running internet shutdown (149 days till 31st December 2019) in the world.

The internet services were partially restored in January 2020, however, the 2G service is snapped in small areas whenever there is a security threat. “Starting online classes was a good step, but in Kashmir, it is not going to work. As you can see that students have to attend classes on 2G speed, which causes lots of problems,” says Mohd. Zahid Ali, a teacher at Neither Field School, Sopore.

ALSO READ: Will Never Accept August 5 Decision Till I Am Alive: Omar Abdullah

“Most of the students in our school come from a low economic background. They find it difficult to buy smartphones/laptops to attend these classes. Many students in our school are from far-flung areas, where internet connectivity is also a problem,” he says.
Ali adds that due to connectivity issues students are often unable to download video lectures. “Many students even missed their online exams as the internet was suspended in their areas if any encounter was going on,” he adds.

“Whole India can have online classes, but switching to online in Kashmir is like fighting a tiger in the forest,” says 20-year-old Aadil Rashid. Rashid is a final year student of Political Science in Government Degree College, Sopore. He considers the idea of online education in Kashmir as “foolish” as the internet is snapped every other day. Rashid recalls, he was in the fourth semester of college when Article 370 was abrogated. “They resumed services after six months and that too 2G. I am unable to continue with my online classes as there is sometimes 100 Kbps speed, 40 Kbps, or sometimes even less,” he adds.

“One year was a period of stagnation. We could not do anything to save time for the students in the continuous lockdown also with the shutdown of the communication,” says Prof. Ishfaq Majeed, who teaches at Government Degree College in Sopore. He says that most of the students were appearing for their exams at that time. Many of them have not given exams till now, “the only option left was self-reading,” he adds. Prof. Majeed compares education in Kashmir with a football match, “it is like a football whoever wants to kick it, does it and no one cares.”

Talking about the online classes he says, “when you are living in a 4G generation you are telling us to go back to the ’90s and provide education to students”. He says online classes in Kashmir “is like rubbing salt on the wounds and more like a joke.”

He does not believe online classes can replace institutional schooling saying, “Online classes can’t replace face to face interaction with the students, where we try to explain to them all sorts of doubts. Also in Kashmir, this is a new concept it will take some time to assert the ground.”

Dr. Asmat Mushtaq, Mental Health Officer, Budgam, explains the impact of school closure on students. “Earlier students used to go out and meet with friends which released their stress. Now, it is not possible,” says Dr. Asmat. She describes the plight of students who come from low-income backgrounds and cannot afford smartphones to attend online classes. “This makes students assume that they will not be able to do anything in life,” she adds.

Dr. Asmat adds “we see students with severe anxiety, panic attacks, and depression. Mostly the reason is that they are missing out on studies. The main reason for students is losing a crucial year.”

She says that students need to understand that they are not the only ones; the whole world is suffering right now and advises students to keep themselves busy and engage in some activity. She deduces that playing with their siblings and self-studying can also help them.

Written By Rashi and Aaqib Fayaz. They are doing Masters in Convergent Journalism from Jamia AJK MCRC, New Delhi.