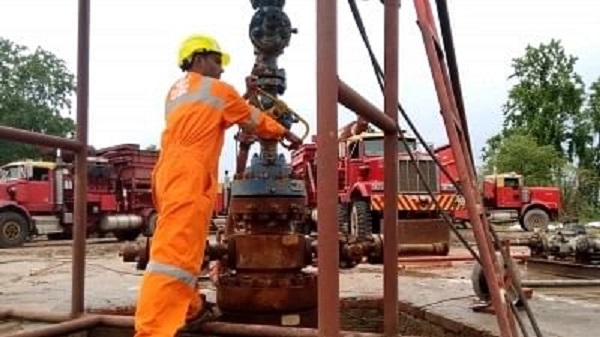 It has been said on behalf of the employees’ union that the government should create a proper environment for business by empowering the company instead of handing it over to the private sector by decorating the most important assets of this company in a saucer.

According to news agency PTI, ONGC’s Association of Scientific and Technical Offices has filed a petition in this regard in front of Oil Minister Hardeep Singh Puri. (ONGC union Oil Ministry’s)

The proposal, moved by Amar Nath, Additional Secretary in the Ministry of Oil and Natural Gas, has suggested that 60 percent of Mumbai High and Bessen & Satellite’s overseas assets be given to international partners to boost earnings.

Referring to the Centre’s directive, which suggested a boost to domestic production, the union said that ONGC should be given the same financial and regulatory regime as the private sector for oil and gas exploration and production.

“Giving share in existing sectors will not yield desired results of increasing domestic production, but will provide an equal opportunity and empower ONGC to increase productivity,” the union wrote in a statement.

The association of scientific and technical offices of ONGC said, “Therefore we would request you that handing over the productive areas in one platter to the private operator will not be successful and hence, in our opinion, should not go ahead.”

It said, “The cultivation and operation of 60 percent interest in these areas will have a major negative impact on the performance of ONGC, whereas such efforts in the past have not yielded the desired results, for example, Panna, Mukta, Ratna, Tapti, and PY-3.” ,

Pointing to the fields of Panna, Mukta, and Tapti, which were earlier held by Shell and BG Group, the union said that these fields have been recovered more than the initial operators.

“The example of the Panna, Mukta and Tapti fields (in the western offshore) where international E&P operators did not renew their leases even though the recovery factor from these fields had not reached 20 percent, in fact in one case it was even less. 10 percent,” it said, pointing to ONGC’s recovery factor – the percentage of reserves being recovered – 28 percent in the Mumbai High and Basin areas.