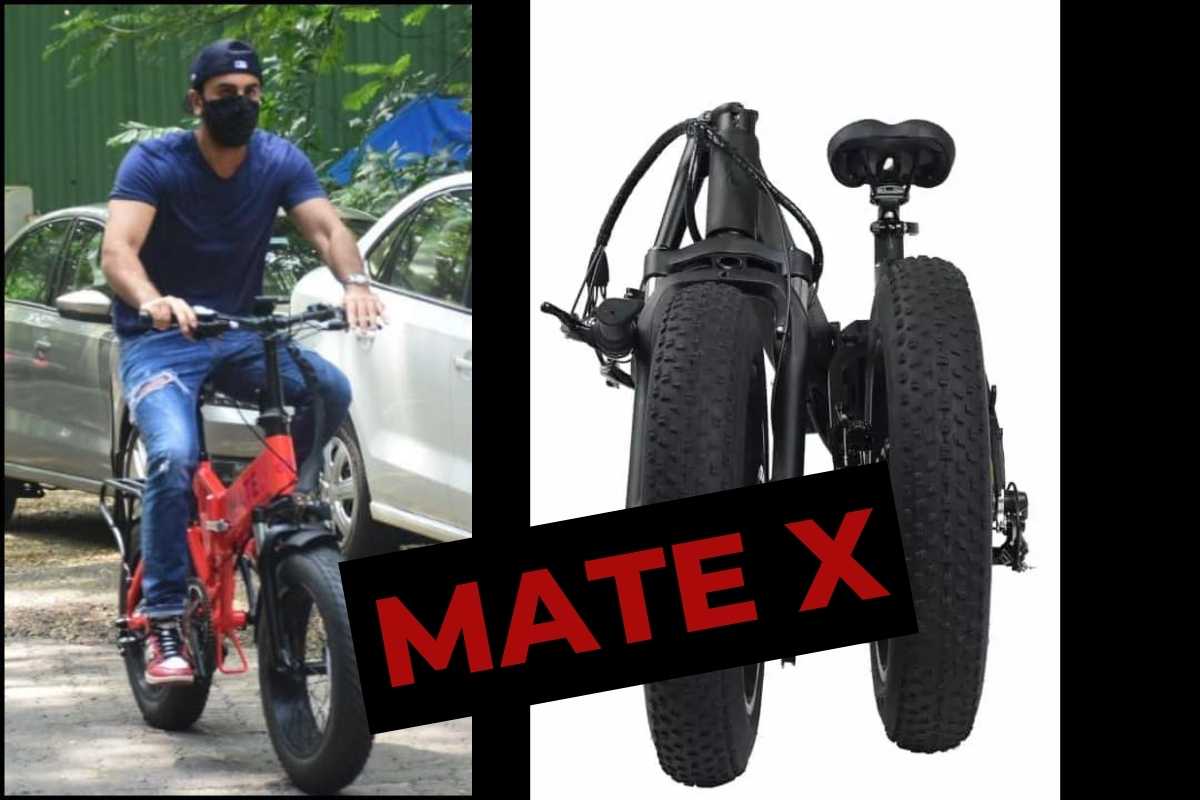 Film actor Ranbir Kapoor was recently spotted riding a Mate X e-bike. When Ranbir went out on his e-bike while not using the car, everyone became curious to know about this special bike.

The people in India are less interested in e-bikes, but if seeing Ranbir Kapoor, people also make up their minds to buy e-bikes for themselves and it becomes a trend, then it will be good news for the environment.

The name of this e-bike of Ranbir Kapoor is Mate X Foldable, its price is around Rs 1.45 lakh.

Let us tell you the features of Mate X.

The MATE X is the largest-ever e-bike crowd-funded project started in 2018.

It is foldable so you can keep it anywhere, like under your desk or you can travel with it on Train.

The advertised range of the internal battery is up to 75 miles. The reality is quite different – you can expect up to 30 miles of range from MATE X.

The MATE X comes with 20 x 4 inches tires which are relatively wide.

This foldable electric bike looks pretty good – the style the company went with is sleek and nice.

You can read more about this bike here

According to the news of Bollywood Life, Ranbir took this e-bike to the under-construction site of his dream house. Ranbir Kapoor was also wearing a mask. Ranbir Kapoor is currently going through the best phase of his life, his film Brahmastra has also got success at the box office and he has just become a father.