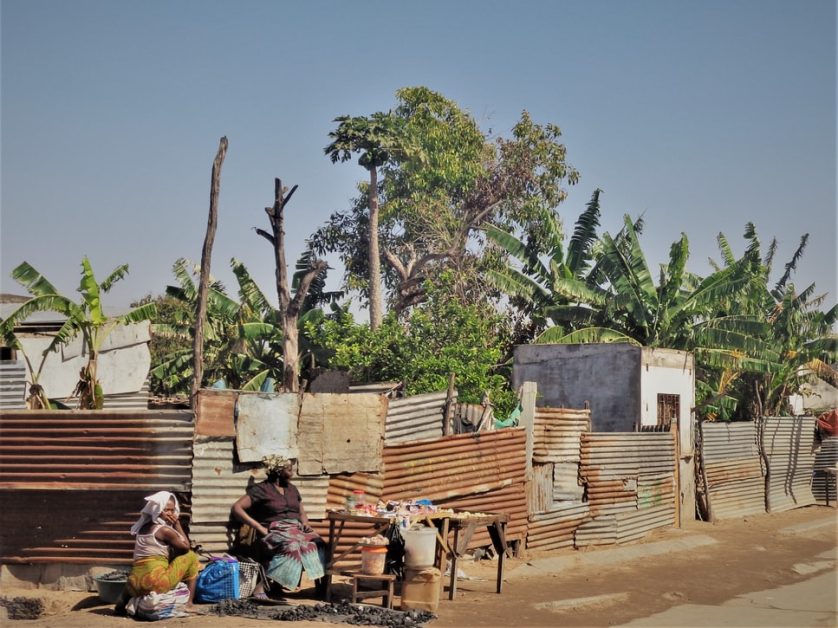 Ground Report | New Delhi: Tribal women street vendors; The COVID-19 pandemic has made visibility of difficult times faced by Women working in the informal sector like tribal street vendors in Manipur, as tribal society is matriarchal in nature. Women vendors negotiate their livelihood during the lockdown and its impact analysis.

These tribal women cannot survive the pandemic by working at home or following social distancing norms as it will eventually lead them to poverty and loss of livelihood. Though they are an important inclusion for the growth of the economy, the situational lockdown and lack of social security have somehow marginalized and left them vulnerable.

Most of the women belonged to less privileged backgrounds and there is a stronghold of empowerment and motivation for them to be able to meet the needs of their families and become financially independent. Poor educational background and lack of other employment opportunities compel these women to look for a business like food vending that does not require a lot of start-up capital and requires little or no educational qualification.

The principal management of her family needs was met by her income. When women enter this enterprise, the food diversity and availability for their own family consumption increases significantly. The major challenge she experienced in his business was his constant daily struggle to profit from her perishable foods before they went bad while keeping up with his fellow competitors. It is also their common struggle to deal with complaints and denials of occupation by permanent shopkeepers and local authorities. They easily prepare the food preferred by the people of the area.

Manipur is famous for its “women’s markets”. The tribal women vendors of Tribal Market Complex1 are inter-state migrants from the adjoining hill districts of Manipur. The Street Vendors (Protection of Livelihoods and Regulation of Street Vending) Act, 2014 defines “stationary vendors” as street vendors who carry out vending activities on a regular basis at specified locations. Cohen et al (2010) point out that the terms market vendor, street vendor, and vendor are often used interchangeably and loosely defined across countries and cultures.

The unique feature of markets in Manipur is that they have been run by women only for women since pre-colonial times and this tradition continues. The vast role of Manipur women in trade has been commented on by British colonial officials such as Brown (2001: 76), Dunn (1975), Hudson (2010: 23), and Hunter (1886: 17).

Weaving is the backbone of the rural women economy in Manipur. Knowing to weave is a primary qualification in women’s households. At least 84 percent of handloom labor households in the state live in rural areas; About 16 percent in urban areas.

Weaving has not been able to incorporate itself into the formal sector, prompting women to move to the informal sector networks. As a result, they have lost their jobs as well as their savings.

ALSO READ: Afghanistan’s president must step down for peace: Taliban

India, Manju, a 33-year-old tribal woman vendor who sells flowers at Semiliguda Market in Koraput, says, “I have to come to the market every day, I can’t work from home and survive the pandemic otherwise my children will go hungry. Social distancing and work from home is for the rich and not for the poor like us.”

Caught between covid and hunger, Usha, who sells vegetables in the local market, raised her voice, my husband is not working because he is disabled and all the responsibilities of my family are on me, I have to take care of my in-laws, my husband and me. Children, if I do not come to the market to sell vegetables due to the fear of a pandemic, my family’s existence will be in danger as we do not have any insurance plan and policy.

There is a need to secure the livelihood of street vendors. The Street Vendors Act 2014 provides that street vending should be provided with a designated vending area as a livelihood opportunity for most vendors and registration of these vendors is required for security and social security benefits.

Usha said, “The market seemed very empty during the pandemic. I thought that now people will not come and sometimes the streets become so deserted that many drunks bother me but I do not pay attention and focus on my work and then rebel because the time was too uncertain for me.