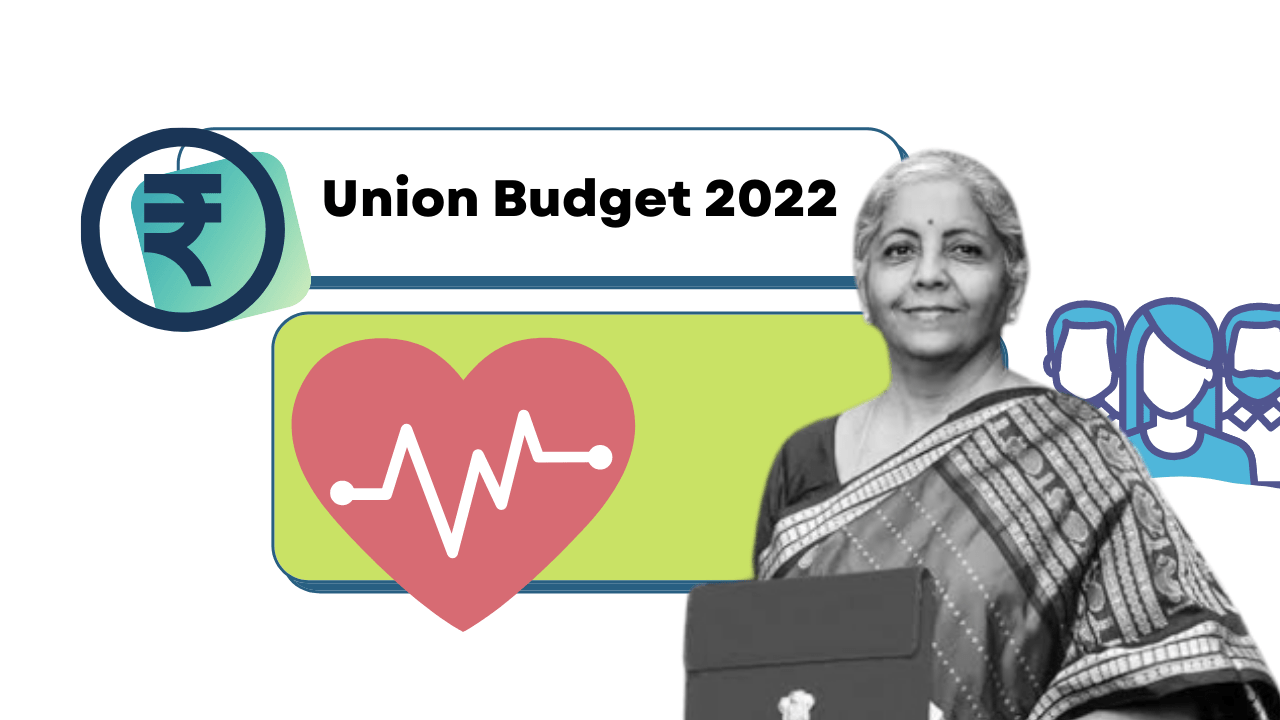 Ground Report | New Delhi: Government spent on Health in Past Budgets; Nirmala Sitharaman, the finance minister, today passed the annual budget, which projects the Central government’s effective capital investment to reach Rs 10.68 lakh crore, or roughly 4.1 per cent of GDP, in the fiscal year 2022-23. GST collections for the month of January 2022 were Rs 1,40,986 crore, according to the Finance Minister, the highest since the tax was established in 2017.

Finance Minister made aside Rs. 2,34,846 crore for health services in FY22 in her last budget. To cover some of the gaps, Budget 2021 proposed a 137 per cent increase in healthcare spending. When announcing the Union Budget 2022 in the second year of the COVID-19, Finance Minister remarked that the pandemic has increased mental health challenges in people of all ages, and she announced the idea to establish a National Tele-Mental Health programme in India.

The National Institute of Mental Health and Neuro Sciences (NIMHANS) will function as the nodal centre for 23 tele-mental health centres, according to the Minister. Women and children benefit from Mission Shakti, Mission Vatsalya, Saksham Anganwadi, and Poshan 2.0, which will provide integrated services. In 2022-23, Har Ghar, Nal se Jal would receive Rs. 60,000 crore to cover 3.8 crore homes.

What is Union budget?

The Union Budget of India is the country’s annual budget, also known as the Annual Financial Statement in Article 112 of the Indian Constitution. It will be presented by the government on February 1st in order to be implemented before the start of the next fiscal year in April. Until 2016, it was delivered to Parliament on the last working day of February by the Finance Minister. The Lok Sabha must pass the budget, which is presented in the form of Finance and Appropriation bills before it can take effect on April 1st, the start of the Indian financial year.

A ‘Vote on Account’ is not the same as an interim budget. In a ‘Vote on Account,’ just the government’s spending side of the budget is reviewed. A thorough set of accounts, including both expenditure and receipts, is included in an intermediate budget. In an intermediate budget, the entire financial statement is presented, exactly as it is in a full budget. While the legislation allows the Union government to undertake tax reforms during an election year, previous governments have avoided large changes to income tax regulations during interim budgets. Since 1947, 73 annual budgets, 14 interim budgets, and four special budgets have been passed (also known as mini-budgets).

What is Health budget?

Budgeting is the process of determining how to distribute resources in order to obtain the best results feasible given the available resources. A health budget, which is usually included in the general government budget, is more than just an accounting tool for presenting revenues and expenses; it is a critical orienting text, declaring the country’s key financial goals as well as a genuine commitment to implementing its health policies and strategies. While every implementing health agency creates a budget, this chapter focuses on the national government budgeting process, which involves input from a diverse group of stakeholders in the health sector.

Government spent on Health in Past Budgets?

Despite nearly doubling from $1,008 in FY15 to $1,944 in FY20, total government healthcare spending per capita remains low. In FY20, establishment expenditure amounted to 2.6 trillion rupees, or 1.29 per cent of GDP, and included wages, gross budgetary support to various institutions and hospitals, and payments to states under federally sponsored schemes such as Ayushman Bharat.

The Centre is responsible for 25% of all government spending. Over the last five years, total public health spending has climbed at a 15 per cent compound annual growth rate (CAGR), with much of this due to compensation increases. In FY21 Union Finance Minister Nirmala Sitharaman announced in Budget 2021-22, which was presented on February 1, a 137 per cent increase in health allocation to Rs. 2.23 lakh crore (Rs. 2,23,846 crore) from the year 2020  and a 118 per cent increase from the previous year’s revised budget of over Rs. 1.02 lakh crore (Rs. 1,02,873 crore).

India’s entire healthcare spending (including private and public) is significantly lower than that of other countries. Developed countries, such as the United States (16.9%), Germany (11.2%), France (11.2%), and Japan (10.9%), spend significantly more. India spends the least of the BRICS countries, with Brazil spending the most (9.2%), followed by South Africa (8.1%), Russia (5.3%), and China (5.2%). (5.2 per cent). 5% of the total Due to a dearth of public healthcare facilities in India’s cities, the out-of-pocket cost is high. The Centre spends less because public health and sanitation are high on the state’s agenda.

It is however pertinent to mention that with the pandemic rolling down the country, the healthcare system needs to be improved. If not the healthcare here will not be able to withstand any challenges. In a country where the majority of the population rely on government-run healthcare centres and hospitals, the budget needs to keep those people in consideration as well. The pandemic is already making people suffer, and for such sufferings, the government should act rationally.