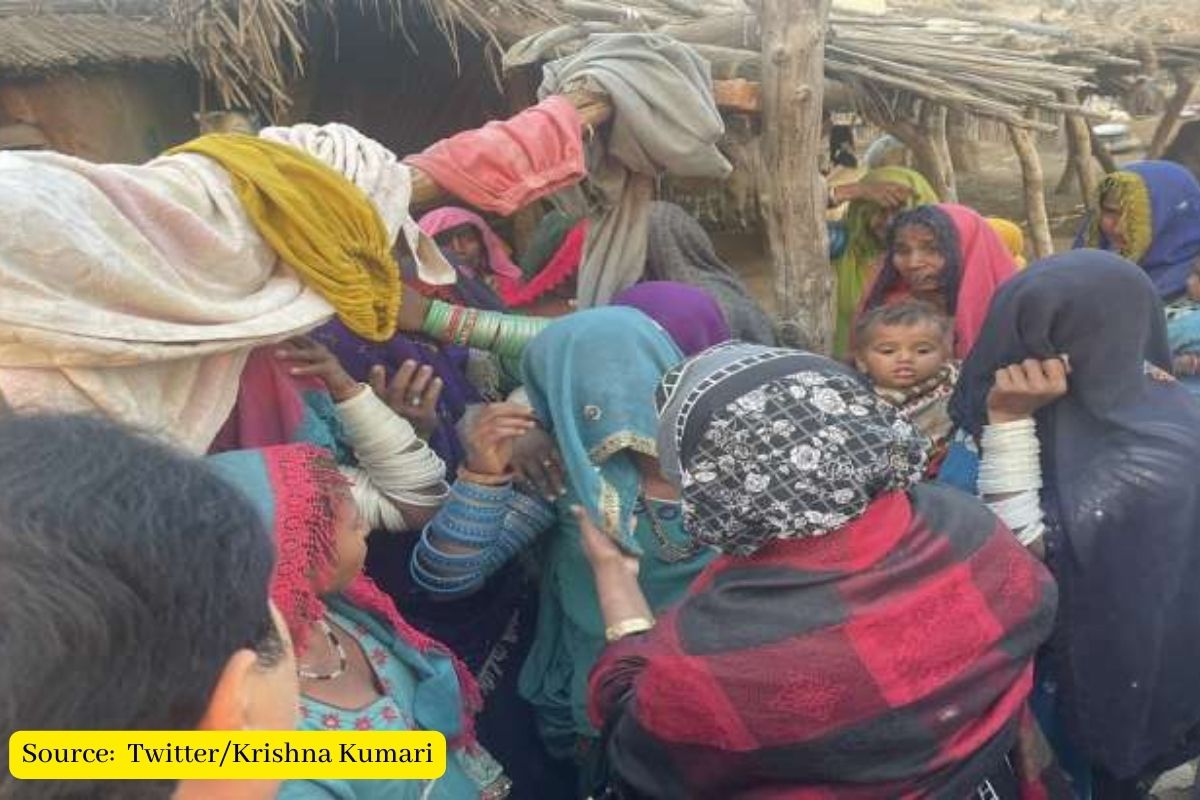 From kidnappings to rape to forced conversions, atrocities against marginalized groups are on the rise in Pakistan. A Hindu woman named Diya Bheel, belonging to the Bheel community, was gang raped, beheaded and had her breasts cut off by unidentified persons. Before dumping her body in a wheat field, the perpetrators also skinned the deceased victim’s head.

The police report stated that before dumping her body in a wheat field, the perpetrators also skinned the deceased victim’s head.

The Sindh province of Pakistan’s Sanghar district is where the case was first recorded. According to media reports, no case has yet been filed in this situation. Furthermore, no one has been named among the accused.

Police are investigating the matter and sniffer dogs have been deployed to find clues. In addition, the victim’s corpse has been sent for autopsy. Police have registered FIR, however, none of the accused has been identified or arrested as of yet.

Pakistan-based journalist Veengas Tweeted, “I am devastated by getting details on the case. Three days ago, in Sanghar Diya, Bheel was decapitated by brutal murder after being raped. The police have not filed FIR, and no person in the Sindh govt or Human Rights orgs bother to speak about it. Hindus never matter to state.”

Reporting the same, he tweeted: “40 year old widow Daya Bhel brutally murdered and her body found in very poor condition. Her head was severed from her body, and the savages had stripped the flesh off her entire head. I visited her village. Police teams from Sinjhoro and Shahpurchakar also arrived.”

How many Hindu women raped and abducted in Pakistan in 2022

From kidnappings to rape to forced conversions, atrocities against marginalized groups in Pakistan are on the rise. More than 12 Hindu girls were kidnapped and raped in 2022.

The Sustainable Social Development Organization (SSDO) and the Center for Research, Development and Communication (CRDC) compiled a report that pointed to an increasing trend in violence against women in Pakistan along with the rise in cases of domestic violence in the country.

Around 180 children were victims of sexual and physical violence in the month of June. A total of 93 cases of child abuse were reported along with 64 cases of kidnapping and 37 cases of physical assault, according to the report.

The plight of women in Pakistan is increasing by the day as a new report indicates that nearly 6,754 women and girls were abducted in the country’s Punjab province in the first half of 2021. Of that total, 1,890 women were raped, 3,721 were tortured and 752 girls were raped, Duniya News reported.