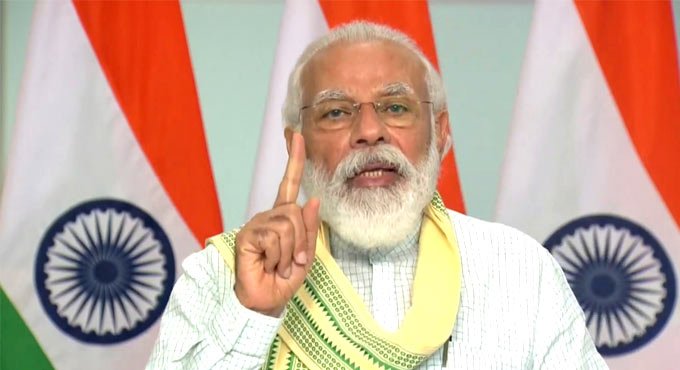 Prime Minister Narendra Modi has expressed displeasure over the incident of Hathras gang rape and murder. PM Modi has spoken to Uttar Pradesh Chief Minister Yogi Adityanath about this incident and directed to take strict action against the culprits. Earlier, CM Yogi constituted a SIT to investigate the incident of Hathras gangrape. The Chief Minister has directed the SIT to submit its report within seven days.

A 19-year-old girl victim of gangrape died in Delhi on Tuesday morning. Police cremated the girl in Hathras late on Tuesday. Anger is being seen all over the country after the gang rape incident with the girl. The Yogi government has come under attack from the opposition after this incident.

Uttar Pradesh CM Yogi has also informed by tweeting that PM Narendra Modi has spoken on the incident of Hathras and said that strict action should be taken against the culprits. Please tell that the Uttar Pradesh government has constituted the SIT to investigate this matter.

CM Yogi Adityanath said that the guilty of the unfortunate incident that happened to the girl child in Hathras will not survive. A special investigation team has been formed to investigate the case. This team will submit its report in the next seven days. To ensure speedy justice, the trial of this case will go on in the fast track court.

At the same time, Hathras Police, surrounded by allegations after the incident, has given its clarification and in its tweet, Hathras Police said that this untrue news is being spread that in the unfortunate incident under the police station Chandpa area, the last rites of the dead body of the deceased without the permission of the family The police forcibly got it done in the night. We deny it.

On September 14 in Hathras, four people with the girl carried out the gang rape incident. The accused allegedly cut off his tongue, thinking the girl was not able to give information to anyone else about the incident. His neck bones and spine bones were broken due to strangulation. The victim was admitted to Aligarh and then Safdarjung Hospital in Delhi for treatment.