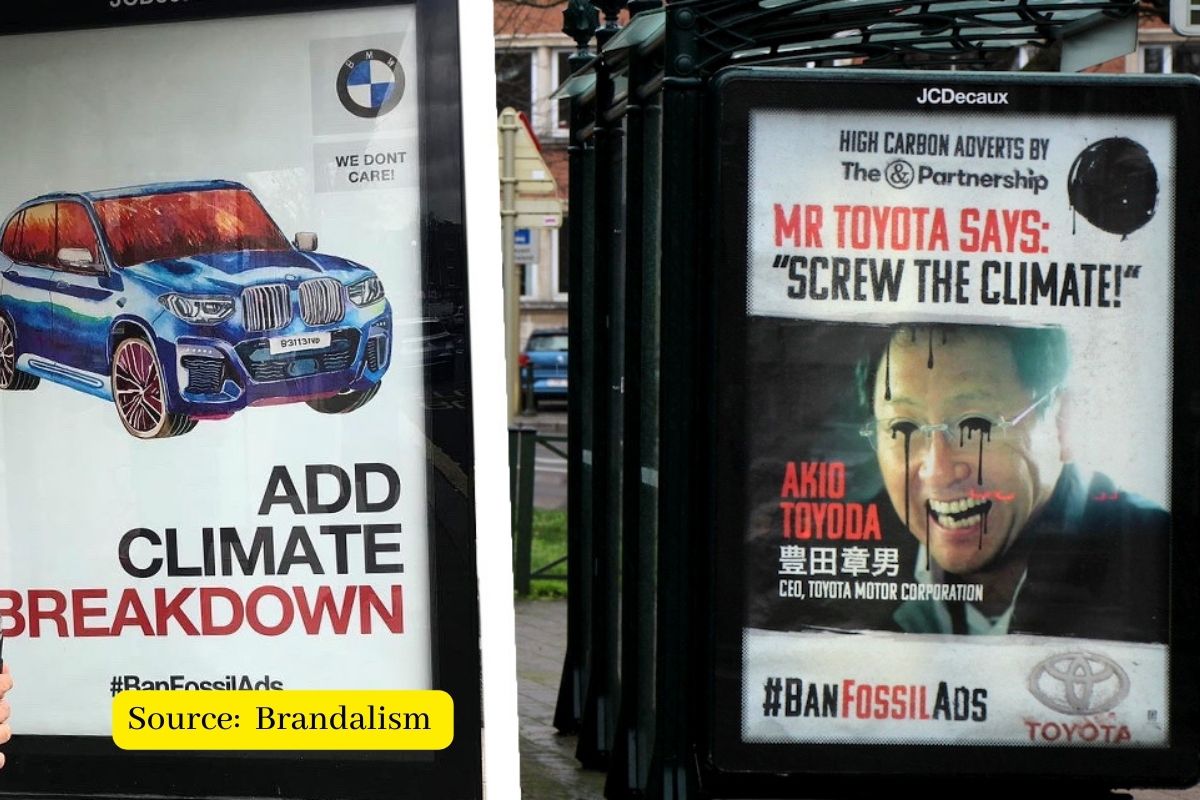 The activist group Brandalism has hacked several billboards throughout Europe to denounce the “greenwashing” or eco-posturing campaigns of Toyota and BMW.

More than 400 billboards and posters in England, France, Germany, and Belgium have been modified over the weekend in an attempt to denounce Toyota and BMW on the occasion of the Brussels Motor Show, which takes place in the Belgian capital.

They claim that Toyota and BMW’s ads emphasize their range of electric vehicles (EVs), even though both manufacturers are still heavily invested in selling vehicles with polluting combustion engines, according to a Greenpeace report.

“Their ads are misleading,” says Brandalism

According to Brandalism, in 2022 Toyota was ranked by InfluenceMap as the 10th worst company in the world for its lobbying activities against climate change, the worst ranking for any car manufacturer, followed by BMW, which ranked 16th overall.

Also Read:  What Maldives land reclamation project, Why it is dangerous?

“According to the environmental group, “Both brands continue to “invest heavily” in the sale of polluting vehicles with combustion engines and only 0.2 per cent of the Toyotas sold were 100×100 electric in 2021.

Tona Merriman, a spokesperson for Brandalism, described the original ads as “misleading.” He added: “Toyota and BMW use clever marketing campaigns to promote large SUV models that clog urban neighborhoods. Electric SUVs are not a solution: they are too large for most parking spaces, and their tall bumper size and excessive weight present a greater risk to pedestrians, especially children, involved in highway collisions.”

To denounce what Brandalism considers hypocrisy regarding the fight against climate change by both brands, the activist group has modified some outdoor billboards of these manufacturers.

A Toyota spokesperson said: “In Europe, Toyota has consistently exceeded fleet CO2 emissions targets set by the EU; in fact, we have been a leader in this area for twenty years. Going forward, Toyota is committed to reducing CO2 emissions from its new vehicle sales in Europe by 100% from 2035, meaning all our vehicles will be zero emissions and more than 50% by 2030.