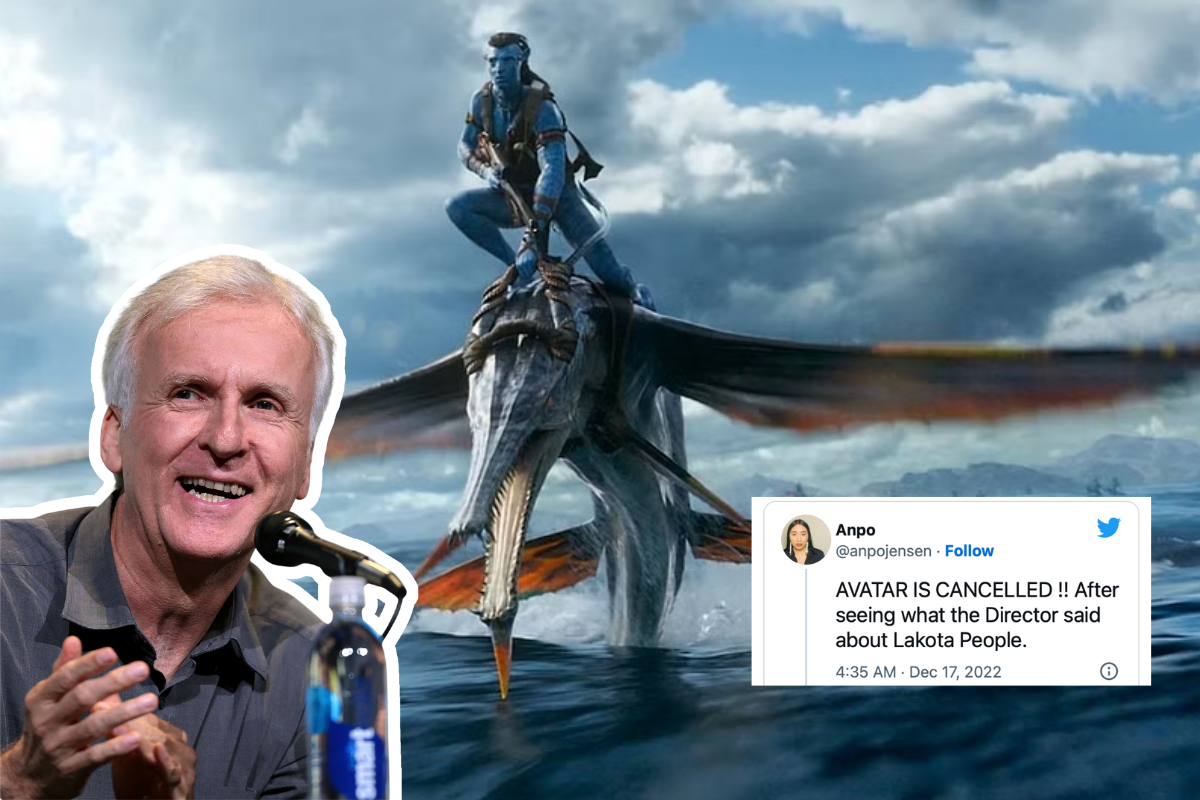 Cameron’s Avatar, the biggest movie of the decade is out, is being cancelled. Most people are in the awe of the film, while to some the has failed to impress them. About that film, later. Here, I wish to talk about a slightly different perspective.

The director of the film, James Cameron, is being ‘cancelled’ on social media. Being ‘cancel’ basically means, that an individual is called out for their ‘problematic’ views on certain issues. Sometimes, the calling out leads to trolling, ostracization, and constant legal action.

So, what is James Cameron being called out for? Why is Cameron’s Avatar being cancelled?

A Twitter user attributed a certain statement to the director. The statement goes,…

According to another twitter user, the director made the statement before the release of Avatar part 1.  In the statement, the writer-director is pointing towards his inspiration behind the characters in the film, and more. In the statement, Cameron says that “they [lakota sioux] would have fought harder.”

Pandora, the fictional place, is a region full of natural resources, and an extremely beautiful landscape that humans want to exploit.

Read more here: All the Things ‘Avatar’ Ripped Off

Lakota Sioux people are a native American tribe. Due to the pressures of history, other tribes, epidemics, and various other injustices, they were sidelined. I am no historian to talk more about this. The reader can willfully read more about them and their history.

Cameron as a director-writer has been part of the biggest films ever. Not just this, his inclination for nature, and water are not hidden. There are reports of him fighting for the right of tribal communities, and saving marine life. Am I defending him? No. I don’t know the history of the place or the tribe and hence will not comment on that. Here, through this article, I am placing facts in context.

The film is doing phenomenal numbers. The film has earned more than 80 crores in the Indian market. While, the film has collected over 1500 crore in the worldwide market, according to The Indian Express. People have criticised the film for its basic storyline and hailed it for its phenomenal path-breaking VFX. No surprises there!