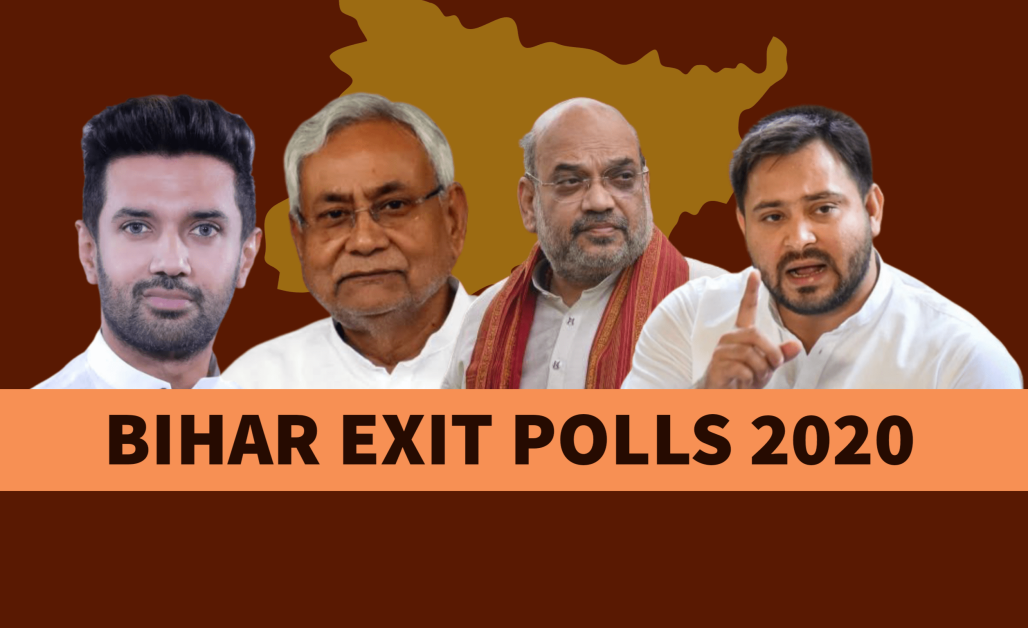 Elections on 243 seats of Bihar were concluded on Saturday. Election results will come on 10 November. Before the results, many news channels and research agencies have brought their own exit polls.

Most exit polls do not seem to give any party an absolute majority. Exit poll figures point to a strong struggle. Below are the statistics related to the exit poll of different channels.

Election results may differ from these figures.

According to ABP News-C voters, the NDA can get 104-128 seats and the Mahagathbandhan can get 108-131 seats. According to this exit poll, the LJP is seen shrinking to 1-3 seats.

The Times Now-Sea voter has projected the NDA to get 116 seats. In this exit poll, the Mahagathbandhan is projected to get 120 seats and LJP 1 seat.

In the first phase elections held on November 28, 55.68 percent and in the second phase on November 3, 55.70 percent voting was done.

Tejashwi Yadav proved to be the biggest face from the Grand Alliance. He alone addressed more than 251 election meetings.