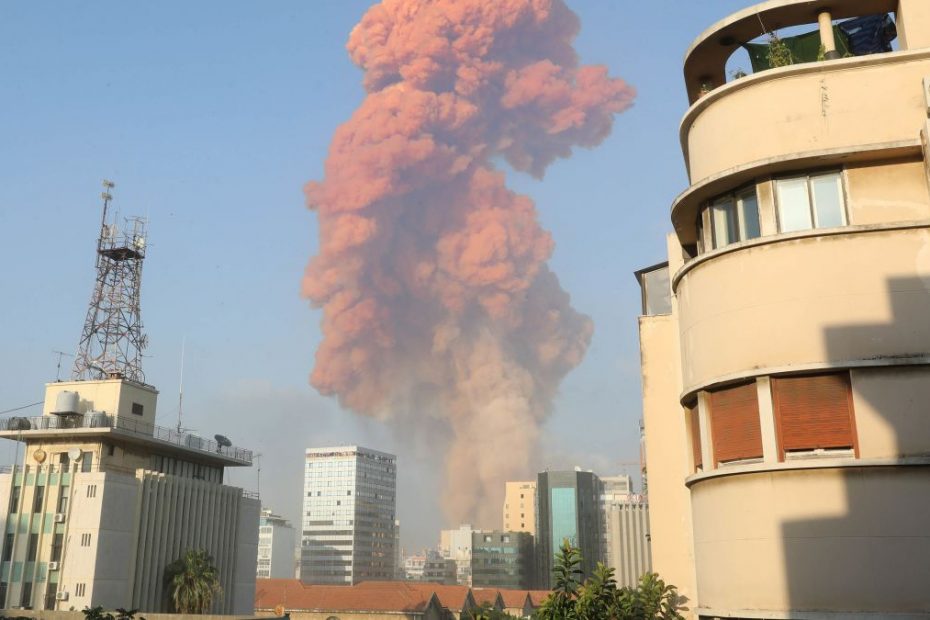 On Tuesday evening, Lebanon was shaken by a massive explosion in capital Beirut port. Around 70 people are reported to be dead and 4,000 injured. The country was already going through an economic meltdown apart from Covid-19 pandemic. The Tuesday blast has left it in shambles.

The blast is suspected to happen because of unsafe storage of 2,750 tonnes of an explosive chemical ammonium nitrate in a warehouse for six years. President Michel Aoun has declared a three-day mourning period and promised a release of 100 billion lira ($66 mn) of emergency fund. The Prime Minister Hassan Diab has said the ones responsible will be held accountable. The President has proposed a two-week emergency to be declared.

The blast was so intense that it was felt in Cyprus which is 120 miles away. The shockwave produced by the blast left the area around the site of explosion with shattered windows and glasses. The nearby hospital was also destroyed. It has led the patients to be taken to other towns for treatment as the city’s hospitals are overwhelmed with patients.

Lebanon has been going through the worst economic crisis after the 1975-1990 civil war. The destruction caused by the blast is enough to get the country to a halt. The Prime Minister has urged its friendly countries to come for aid.

Why the Beirut port is important?

The port stored the country’s supply of wheat. Lebanon imports 90 percent of its wheat which is stored on the port. Along with wheat, 85 percent of the cereal supply of the country was also destroyed as reported by The Guardian.

This can lead to a food crisis in country. Already strained by Covid-19 and economic crisis, Lebanon now stands vulnerable. Many countires have come forward offering a helping hand.

Israel has refused to take responsibility of blast and has offered humanitarian aid. Similarly, France, the UK, the USA and other countries have also come forward.

Initially some confusion was created about the blast when US President Donald Trump called it an attack, but the air was cleared soon as it is attributed to negligence and unsafe storage of ammonium nitrate. The investigation is going on about the ignition of fire at first place.

Written By Rashi, She is doing her Masters in Convergent Journalism from Jamia AJK MCRC, New Delhi