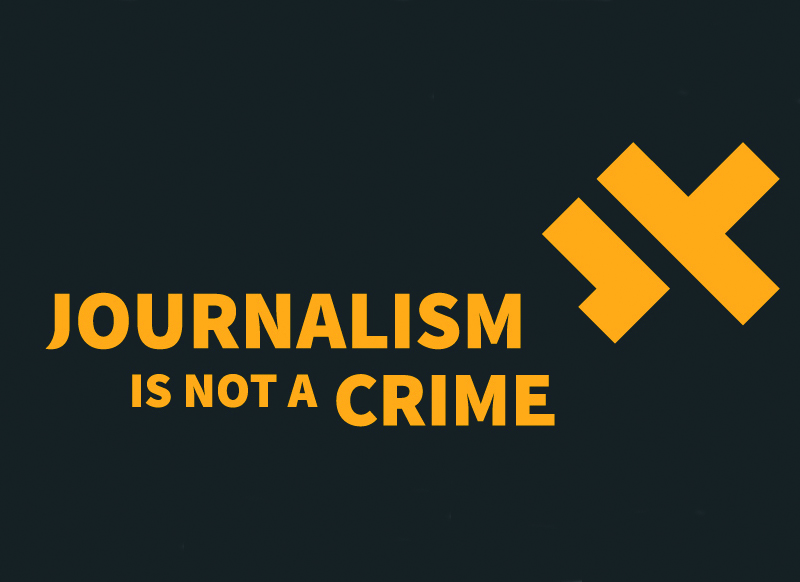 Ground Report | New Delhi : Kashmiri journalists arrested; Kashmiri journalist Fahad Shah, the editor in chief of the online magazine, “The Kashmir Walla” was arrested by Pulwama police in Jammu and Kashmir. Police stated that Fahad Shah is among some Facebook users who have allegedly been uploading anti national content with the intention to create fear among people and claimed these posts can lead to disturbance of Law and Order situations.

According to Police Shah had been arrested on the basis of 3 FIR lodged against him, accusing him of glorifying terrorism, spreading fake news and instigating people for the past 3-4 yrs.

Shah has been booked under sedition and section 13 of Unlawful Activities Prevention Act (UAPA) – “anti-terror” law – for advocating unlawful activity.

Reacting to Fahad’s arrest ,Former J&K Chief Minister and PDP chief Mehbooba Mufti said on Twitter, “Standing up for the truth is deemed anti-national. Showing the mirror to a deeply intolerant & authoritarian government is also anti-national. Fahad’s journalistic work speaks for itself & depicts the ground reality unpalatable to GOI. How many Fahads will you arrest?”

The Kashmir Walla Magazine started in 2011, reports on news and other socio-cultural issues from J&K. Last month, Sajad Gul, a trainee reporter with the Kashmir Walla, was also arrested for posting tweets allegedly aimed at “provoking the people against Govt” . Sajad gul has since been booked under provisions of the Public Safety Act (PSA). In the past also Fahad has been summoned and questioned by the police. Besides Shah has contributed to international publications like The Nation, Time and Foreign Policy.

Steven Butler, the Asia program coordinator for the CPJ said, “Shah’s arrest showed the Kashmir authorities’ “utter disregard for press freedom and the fundamental right of journalists to report freely and safely”.  “Authorities must immediately release Shah, and all other journalists behind bars, and cease detaining and harassing journalists for simply doing their jobs,” he said.

Security forces have tightened their grip on Kashmir since then, throwing Kashmir under a severe security and communication lockdown. A year later, the government’s new media policy sought to control the press to censure independent reporting.

However many journalists are of the opinion that everything bad happening to journalists is because of the new media policy. In June 2020, the Jammu and Kashmir administration passed a new framework ‘Media Policy 2020’ aimed at creating a “sustained narrative on the functioning of the government in media.”

The policy gives the administration power to define news as per their convenience along with full control to decide what is “anti-social and anti-national.” It also proposes a “background check” of newspaper owners and journalists alike.

Under this policy, created by the Department of Information and Public Affairs and security agencies, the authorities will examine the content for “fake news, plagiarism and unethical or anti-national activities.”

The policy has gained enough criticism from the media circles and the last two months saw widespread protests against it. “The new media policy is bizarre. It is an attempt further to mug free press” in Kashmir, says 23-year-old Aakash Hassan. Hassan is a freelance journalist working in the valley for the past five years. Hassan is not the only one who sees the policy as oppressive.

Umar Shah, 32, a journalist in South Asian Inter Press Service, echoes similar views. He says that through this policy “the government has legalized the mugging of the free press in Kashmir.” Adding to this, Shah says, “there is not the only threat to journalists, it is at times extended to their peers and locals as well. Since the turmoil has been going on for decades, trust is a rarity now.

Mohd. Aadil, (name changed), 30, sharing his experiences of working as a journalist in the valley said that in his career of three years since 2017, he saw more pressure from his peer journalists. He was first questioned by his fellow reporter for running a piece. It is more difficult to report from his own district as he becomes an easy target. Due to that reason, he does not report locally now. He emphasizes, “with the new media policy, it will be more difficult” to report.

The authorities have also effectively closed down Kashmir’s press club, a base of support for journalists, forcing it out of the government-owned building where it had been operating. That came after an  election dispute within the club, during which police officers helped one faction take physical control of the building.

According to a report by The Wire, over 40 journalists in Kashmir have either been called for a background check, summoned, or raided in the last two years. In some cases, “they are being forced to present themselves to explain their stories, social media conduct and other societal behavior.”

Violence and harassment by the police, political groups and criminal gangs make India “one of the world’s most dangerous countries for journalists,” according to Reporters Without Borders. The organization ranked India 142nd out of 180 countries in its 2021 press freedom index, expressing particular concern about worsening conditions for reporters in Kashmir.