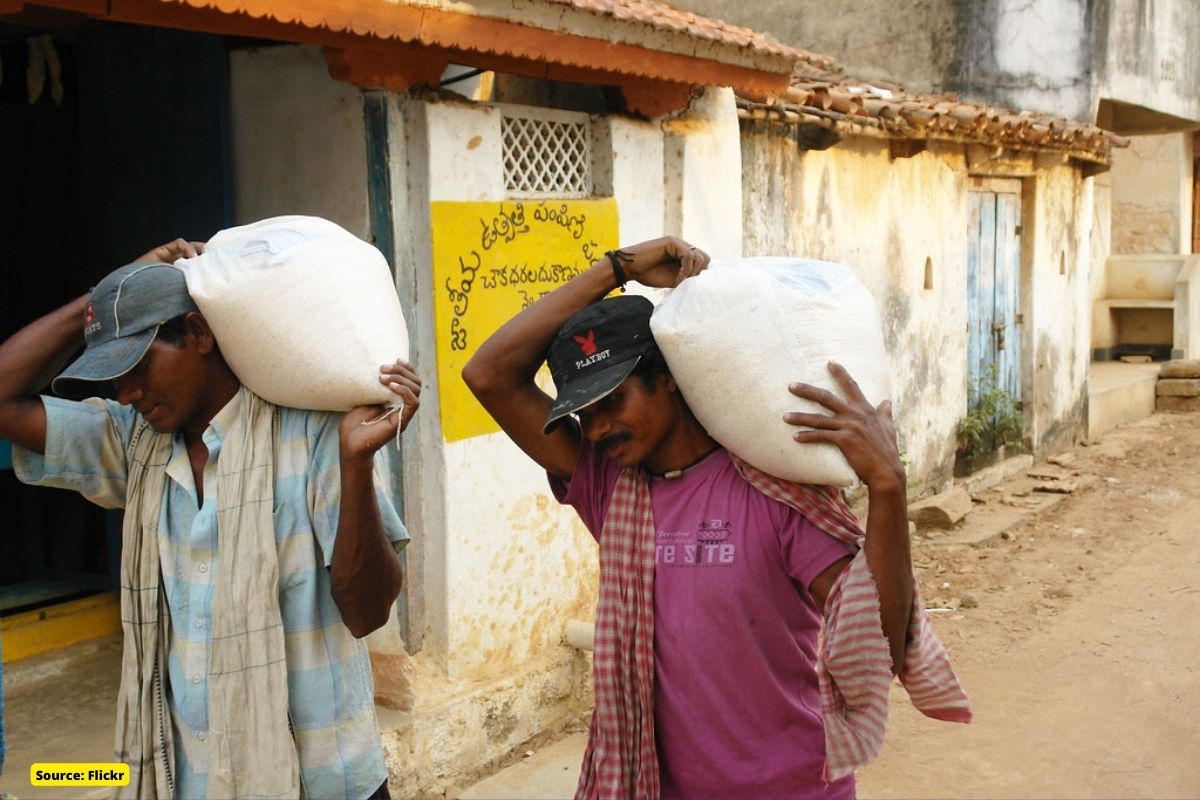 The report on the lack of food security states that more than 90 million eligible people in the country have been legally excluded from the targeted public distribution system (TDPS).

The Promises and Reality report by released by the Wada Na Todo Abhiyan (WNTA), a 2005 civil society organization with the aim of tracking the government’s claims and commitments. The manner in which ‘marking’ people are made the basis for entitlement to benefits under TDPS has always affected the scheme. According to the report titled ‘Promises and Reality’, it is an important scheme to reduce food insecurity in the country, but the complexities in identifying its beneficiaries have been reducing the effectiveness of the entire scheme.

For how many people will get the benefit under TDPS, the government has the source of the data, the 2011 census. The result of this is that since 2011, a large proportion of eligible people are getting out of the scheme in the last one year after the other.

The WNTA report states that at least 12 per cent of the population has been left out of the process of becoming eligible in an absolutely statutory manner due to this legally included loophole in the scheme.

According to the data of the report, the estimated population of 2021, more than nine crore people have been left out of the purview of the public distribution system.

Further, instead of identifying priority households for TDPS under the National Food Security Act (NFSA) 2013, most states do not automatically include women living alone, vulnerable groups, transgenders, and differently-abled persons in the scheme. Those people are also not included in this, who have been left out of becoming eligible for this scheme for a long time. States like Rajasthan, Sikkim, West Bengal and Uttar Pradesh have not automatically added any of the above population groups to the eligible people of the scheme. Even most of the states have not included the names of Scheduled Castes and Scheduled Tribes beneficiaries in it automatically.

In May 2021, the National Human Rights Commission had to intervene in this matter. It had issued notices to the Centre, States and Union Territories to ensure that any beneficiary of PMGKY (Pradhan Mantri Garib Kalyan Yojana-which aims to provide free food grains to poor families after the pandemic) is not affected by the COVID-19 pandemic. The entitlement to food was not denied due to biometric authentication problems during the period.

A study conducted by Dalberg Advisors and Kantar Public and funded by Bernard van Leer, Porticus, Echidna Giving and Dalberg with technical support from NITI Aayog, without limitation, could not ignore the fact that 43% of households with pregnant women or children under nine months of age with problems receiving food from AWC2. The provision of nutrition services through the AWC remained low. 47% of households with a child aged 15 months to 6 years reported that their children received less or no food from the AWC.

“We estimate that 3 million children have grown weaker since the advent of the pandemic. As stunting and wasting will become visible only over the next 9 months in a year, a potentially higher proportion of children could be affected”, the report said.

Despite the accepted inclusion and exclusion criteria for prioritizing households for TPDS under NFSA 2013, most states do not automatically include single women, vulnerable groups, transgender people, people with disabilities, and the chronically ill to benefit from TDPS.

States such as Rajasthan, Sikkim, West Bengal and Uttar Pradesh have not included any of these populations in their respective automatic inclusion criteria. Most states did not include SC and ST automatically.

The fifth round of the National Family Health Survey also found that 89 per cent of children between the ages of six and 23 months do not even have access to the ‘minimum acceptable diet’. Apart from this, cases of anemia are increasing in all groups of population (be it children under five years of age, adolescent girls and pregnant women). At least 67 per cent of children (6-59 months) in the 2019-21 survey were found to have anemia, compared to 58.6 per cent in the previous survey conducted in 2015-16.

The Promises and Realities report also highlights that the food commissions of most states are facing a crisis of financial autonomy. At the same time, the state governments have not gone ahead in this direction by nominating District Grievance Redressal Officers (DGROs) and setting up of Vigilance Committees. According to the report, “So far, no state government has taken any initiative to organize training for the members of Vigilance Committees, or any other statutorily constituted agency or officers.”

Targeting as the basis for TPDS benefits has always suppressed the potential impact of the scheme. Although one of the most important food security schemes in the country, the difficulties associated with identifying beneficiaries continue to affect the effectiveness of the whole scheme.

Complaints monitoring and review mechanisms play a crucial role in ensuring the effective administration of schemes and programs. 2022 marks the end of the first term of state nutrition commissions and oversight committees in most states.

Most state food commissions have financial autonomy, and state governments have not gone beyond appointing District Complaints Specialists (DGROs) and forming vigilance committees. Capacity building, staffing and infrastructure are among the key areas of concern for these institutions. To date, none of the state governments has initiated training for members of oversight committees or any other legislature/body.