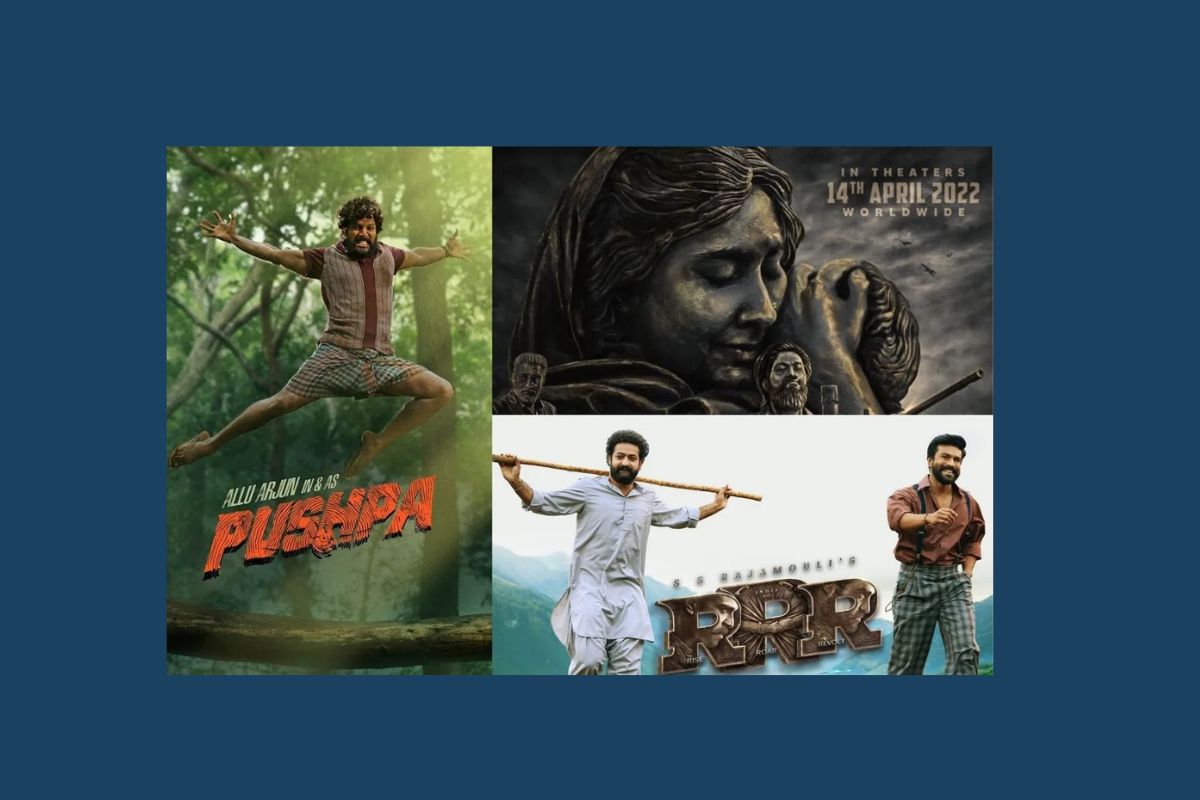 If you love watching South Indian movies then you are in the right place. Nowadays people are enjoying watching south Indian movies rather than Bollywood or Hollywood. South movies have a special craze in their audience. Also, south Indian actors like Prabhas, Yash, Allu Arjun, Jr NTR, Mahesh Babu, Ram Charan, Vijay Devarakonda, Nagarjuna, Rajinikanth, Mohan Lal, etc have made their fan base amongst the audience. Various movies in the South just work on the name of the actors. There are thousands of movies in almost every genre. Whether it can be crime, suspense, thriller or romance. But here we will be discussing 10 south Indian movies you should watch.

chapter 2 KGF Chapter 2 is released on 14 April 2022. The movie is filled with action, drama, thrill, and dialogue is amazing. The Budget of the film was ₹100 crore and earned on Box office est. ₹1,080 crores. Produced by Vijay Kiragandur and directed by Prashanth Neel. Starring Yash as Raja Krishnappa Bairya “Rocky”, Sanjay Dutt as Adheera, and Raveena Tandon as Ramika Sen, Srinidhi Shetty as Reena Desai, Prakash Raj as Vijayendra Ingalagi in the lead role.

The story revolves and follows the plot of chapter one. If you have seen chapter one then you will understand the movie in a better way. The story revolves around Rocky Bhai after killing Garuda he has become the new Sultan of Kolar Gold Fields. Rocky has built an empire in KGF that no one can break. People have started considering him as God. While Rocky plans to rule his world, his enemy Adheera is planning to kill him. Meanwhile, Prime Minister Ramika Sen learns about Rocky Bhai’s world and decided to eliminate him. The story revolves around how Rocky deals with Adheera and Ramika to save his empire and his position. Watch the full movie to know what happens in the end.

The film was released on 24 March 2022. Directed by S. S. Rajamouli. Starring Ram Charan as Alluri Sitarama Raju, N. T. Rama Rao Jr. as Komaram Bheem, Ajay Devgn as Venkata Rama Raju, Alia Bhatt as Sita, etc in the lead role. The Budget of the film was ₹550 crore and earned on Box office est. ₹1,122.3 crores. The story revolves around the two Indian revolutionaries and their fight against British rule.

The movie was released on 17 December 2021. Directed by Sukumar. Starring Allu Arjun as Pushpa Raj, Rashmika Mandanna as Srivalli and Fahadh Faasil as SP Bhanwar Singh Shekhawat in the lead roles. Samantha Ruth Prabhu’s special appearance in a dance song. The Budget of the film was ₹170–210 crores and earned at the Box office est. ₹365 crores. Pushpa Raj is a truck driver who smuggles red sandalwood in the Seshalam hills in the Royal Seema of Andhra Pradesh. The story revolves around how Pushpa rises in this black business, and how he becomes a lot from nothing.

The movie was released on 29 April 2022. Directed by Koratala Siva. Starring Chiranjeevi as Acharya, Ram Charan as Siddha, Pooja Hegde as Neelambari, and Sonu Sood as Basava. The plot of the film revolves around the story of three people and their lives. The story revolves around a village in which there is a temple and on which Basava takes possession. The villagers are not allowing Basava to enter the village and the rest of the decision is on Acharya.

The film is all set to release on 12 January 2023. Directed by Om Raut and Based on Ramayana
by Valmiki. Starring Prabhas as Raghava, Kriti Sanon as Janaki, Sunny Singh as Lakshmana, Saif Ali Khan as Lankesh, Devdatta Nage as Hanuman and Vatsal Sheth. The movie revolves around the life of Lord Ram and Mata Sita. And how he reach Lanka to save Mata Sita from Lankesh.

The film was released on 25 February 2022. Directed by Saagar K Chandra. Starring Pawan Kalyan as SI Sarhad Bheemla Nayak, Rana Daggubati as ex-Havildar Daniel, Samyuktha Menon as Daniel’s wife, Nithya Menen as Suguna, and Samuthirakani as Jeevan Kumar, etc. The story revolves around Danny, retired army personnel under the jurisdiction of SI Bhimla Nayak, getting into trouble with the law. Before going to jail, Danny tells Bhimla Nayak that he will come back to him as soon as he gets bail. And with this, a fight starts between them. What will happen after Danny gets bail. Must watch the film to know the story.

The film was released on 24 February 2022. Starring Ajith Kumar as ACP Arjun Kumar IPS, Kartikeya Gummakonda as Naren a.k.a. Wolfranga, Huma Qureshi as Sophia and
Gurbani Judge as Sara, etc. The story revolves around Arjun an IPS officer whose duty is to track down a group of outlaw motorcycle gangs known as Satan’s Slaves. As they are involved in heinous crimes.

The film is going to release on 14 July 2022. Starring Ram Pothineni as Satya IPS, Aadhi Pinisetty as Guru, Akshara Gowda, and Krithi Shetty as Whistle Mahalakshmi. The film is a cop action-based drama. Till now the plot of the story is not revealed.

The film was released on 3 March 2022. Starring Dulquer Salmaan as Yaazhan, Aditi Rao Hydari as Mouna, Nakshatra Nagesh as RJ Divya, Kajal Aggarwal as Dr Malarvizhi, and Yogi Babu as Paalmali Baba, etc. The story revolves around Mauna a meteorologist, who falls in love with Yazan, a quirky and loving boy.