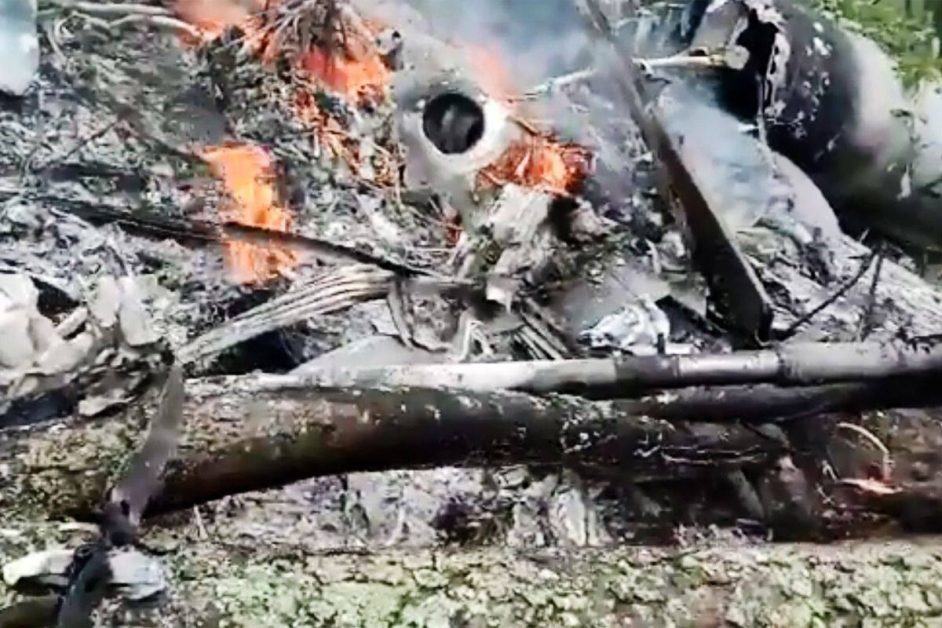 Ground Report | New Delhi: Which are Major Helicopter Crash in India in past; The sudden and untimely death of Chief of Defense Staff (CDS), General Bipin Rawat, his wife Madhulika Rawat were among 13 others who were killed after an Indian Air Force chopper, they were traveling in, crashed near Coonoor in Tamil Nadu.

Which are Major Helicopter Crash in India in past

IAF’s Aerospatiale Alouette III helicopter carrying six officers was on its way to Poonch in Jammu and Kashmir when it crashed. The officials were on their way to inspect a new water-head built after the power and power supply in the city was affected. The helicopter reportedly collided with telegraph lines at an altitude of 200 feet.

Officers killed in the unfortunate helicopter crash include-

Mohan Kumaramangalam, the Union Minister of Steel in Indira Gandhi’s government, died in an Indian Airlines Flight 440 crash in New Delhi on May 31, 1973.

Surendra Nath, the then Governor of Punjab, was traveling from Chandigarh to Kullu when a 14-seater Beechcraft plane crashed in Mandi district of Himachal Pradesh on July 9, 1994. Nine members of his family died in the accident.

The then Union Minister of State for Defense NVN. Three members of the armed forces, including Somu and a Major General, died in a helicopter crash on November 14, 1997.

Madhavrao Scindia, a royal descendant of Madhya Pradesh and Congress leader, died in a plane crash while traveling to Kanpur in Uttar Pradesh to address a Congress rally. His chartered flight crashed on 30 September 2001 in a village in Uttar Pradesh. He was 56 years old.

The then Lok Sabha Speaker and Telugu Desam Party leader GMC Balayogi died in a helicopter crash on 3 March 2002 in the Krishna district of Andhra Pradesh.

Actress KS Soumya, popularly known as Soundarya, died in a helicopter crash on 17 April 2004 while traveling from Bangalore to Karimnagar. She was 31 years old.

Dorji Khandu, the then Chief Minister of Arunachal Pradesh, also died on April 30, 2011, when he crashed in a forest about 30 km from Tawang near the India-China border. He was traveling from Tawang to Itanagar. The body of the former CM was recovered after about 5 days near the Sela Pass near India’s border with China.

A helicopter carrying the then Jharkhand Chief Minister Arjun Munda, his wife, and three others crashed at the Birsa Munda airport in Ranchi. All survived but suffered injuries.