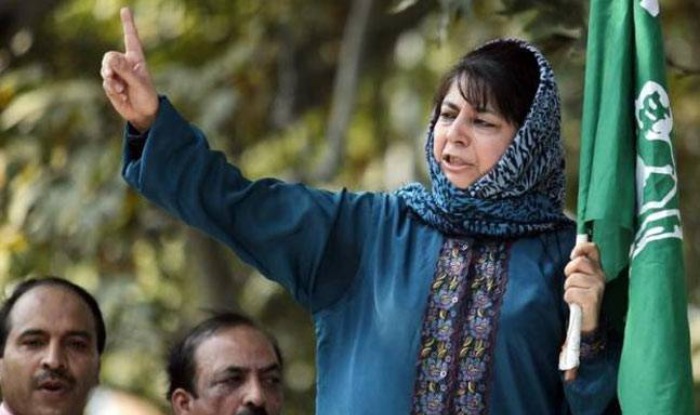 Mehbooba said that since August 2019, the Gujarat model of oppressing Muslims in Jammu and Kashmir is in full swing. This is the new Kashmir in which they want us to live. She said, “I can personally take responsibility for the integrity, honesty and character of Waheed. Now it is up to the judiciary to ensure Waheed’s release and give justice as soon as possible.”

Mehbooba Mufti has made several tweets one after the other alleging the arrest of the PDP youth leader. She further wrote, “The then Home Minister Rajnath Singh had praised the PDP’s Waheed ur Rehman Para. The NIA arrested him today on the basis of baseless allegations. There is no doubt that on 20 November he filed nomination for DDC and He got summons the next day. “

Mehbooba Mufti said, “Waheed has nothing to do with this man (Davinder Singh) and he is being wrongly accused. All this only to blackmail and intimidate the PDP and other mainstream political parties in Jammu and Kashmir.” being done.”

Regarding Article 370, Mehbooba Mufti said, “BJP is cashing in on the issue of unlawfully removing Article 370 in every corner of the country, but if the people of Kashmir ask questions about the removal of Article 370, it is punished. All Know on whose direction Devinder Singh acted.

NIA was interrogating Parra at Delhi headquarters on Monday. Parra has recently filed his nomination papers for the upcoming District Development Council elections in the Union Territory of Jammu and Kashmir.

An NIA official in Delhi related to the probe told, “We have arrested Parra for supporting Hizbul Mujahideen activities in conspiracy with arrested terrorist Naveed Babu and another key accused Irfan Safi Mir.”

On January 11, DSP Devender Singh, along with Hizbul Mujahideen commander Naveed Babu besides a lawyer were arrested while travelling in a vehicle from Srinagar to Jammu.

Suspended police officer Singh is lodged in Kathua jail at Hiranagar in the Jammu division. He was arrested by the police on January 11 on the Jammu-Srinagar National Highway while transporting two Hizabul terrorists — Naveed Babu and Rafi Ahmad Rather — and a law school dropout Irfan Shafi Mir to Jammu