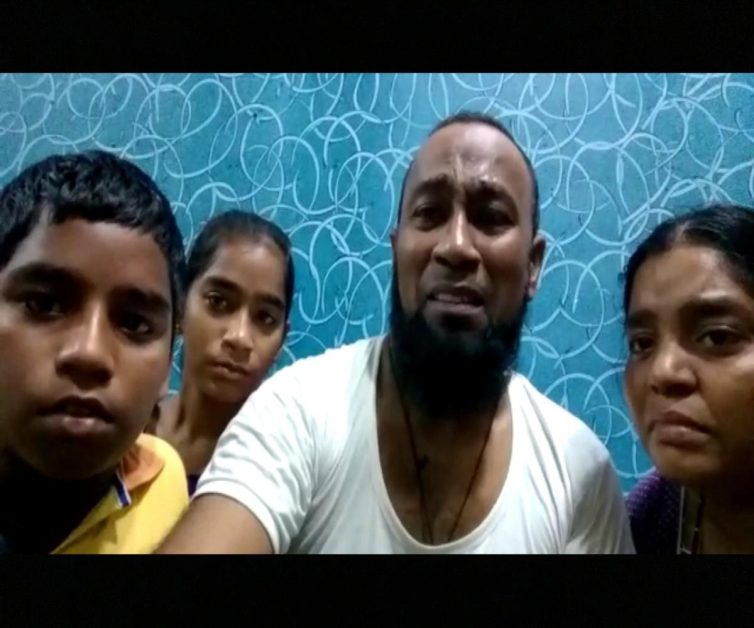 In a tragic incident, a family of four died by suicide in Andhra Pradesh after they alleged police harassment, following the intervention of Chief Minister YS Jagan Mohan Reddy in the matter

Chief Minister YS Jagan Mohan Reddy ordered an inquiry into the suicide case of Sheikh Abdul Salam’s family in Nandyal town of Kurnool district. Abdul Salam (45), his wife Noorjahan (38), son Kalandhar (10) and daughter Salma (14) committed suicide on 3rd of this month after being cut off from a train near Kolluru village in Nandyal town of Kurnool district.

A selfie video of Salam and his wife Noorjahan surfaced on Saturday after the suicide incident. In the video, it was alleged that they are committing suicide after being harassed by the police.

Taking this incident seriously, CM Jagan instructed DGP Gautam Sawang to investigate immediately. The DGP appointed IG Shankarbrata Baghji and additional SP Hafeez of Guntur as the investigating officers and ordered to submit the report immediately. In this sequence, Nandyal One Town CI Somasekhar has been suspended.

Nothing to do with theft

Before committing suicide, Salam and his wife Noorjahan took a selfie video and left the cellphone at home. The selfie video surfaced when family members checked the cellphone. Salam said, “I did nothing wrong Sir. I have nothing to do with the auto theft. I have nothing to do with the theft in the market. I am not able to bear the torture of the police, sir.” “

Salam continued, “There is no one to help me. We will find peace after our death.” Saying Salaam and NoorJahan had tears coming out of his eyes. Innocent children were just staring at them while making cellphone videos by Salam and NoorJahan.

In this sequence, Salaam’s mother-in-law Mabunnisa has alleged that CI police is responsible for the suicide of daughter, son-in-law and grandson. He alleged that his son-in-law was beaten to death by the police for 8 days.

On the other hand, Home Minister Sucharita has warned that if the police show excessive enthusiasm in their duties, they will not be tolerated. The Home Minister said this to the media on Saturday. He expressed grief over the suicide of the Abdul Salam family and said action would be taken against the officials responsible for it. Also warned that such incidents will not be tolerated.