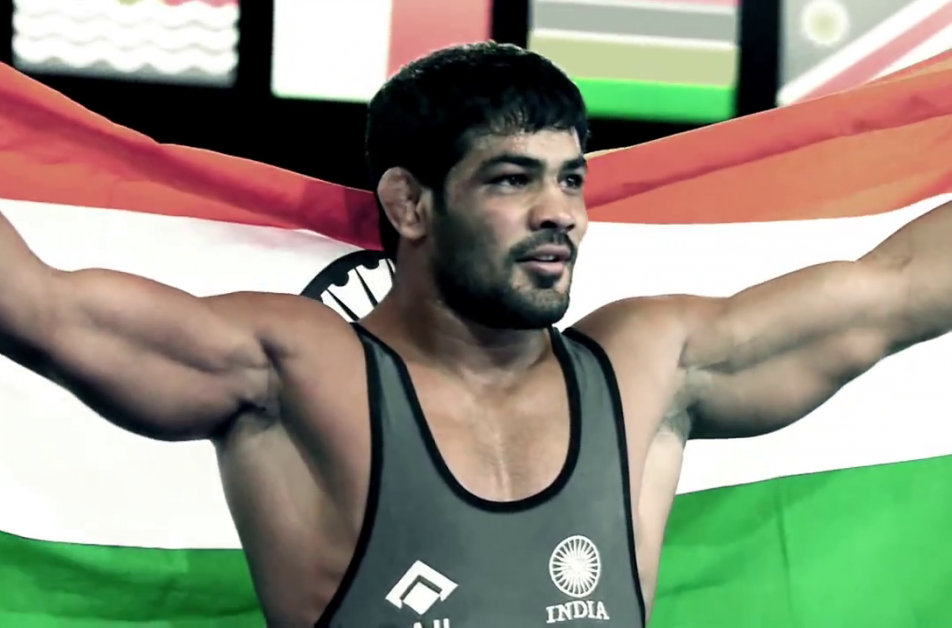 Ground Report | New Delhi: It was a sight that shocked almost the entire nation. India’s most decorated Olympian Sushil Kumar, who was used to flashing smiles and flaunting medals for the cameras, was seen hiding his face behind a towel as a Delhi Police Special Cell team paraded him in front of the flashbulbs following his arrest over the murder of a 23-year-old former junior wrestling champion.

The two Olympic medals, bronze at Beijing 2008 and silver at the London Games (2010), and a world championship title in 2010 catapulted Sushil to a status that very few Indian sportspersons enjoy. His success inspired many more in the game as he almost single-handedly lifted Indian wrestling to unprecedented heights. Sushil’s international success triggered a revolution of sort as Indian wrestling witnessed the rise of Yogeshwar Dutt, Geeta and Babita Phogat, their cousin Vinesh, Rio Games bronze medallist Sakshi Malik and World medallists Bajrang Punia, Ravi Dahiya and Deepak Punia after that.

Sushil’s bouts, be at wrestling halls around the world or mud-pit dangals in rural India, not only guaranteed packed stands but also pindrop silence with fans focused on each move.

In his prime, Sushil would put on a show every day for the 200-odd wrestlers, who would come from the remotest villages across Haryana, Maharashtra, Uttar Pradesh, and, in some cases, even Jammu. He climbed ropes, grappled in mud, trained on the mat, and showed the amount of effort that goes into becoming an Olympic medallist.

But things fell apart at a time when Sushil said he was still preparing to earn a berth for Tokyo Olympics. He is now facing charges of murder, abduction and criminal conspiracy related to a violent clash on May 4 between two groups at Delhi’s Chhatrasal wrestling academy. Wrestler Sagar Dhankhar, who was involved in the clash, succumbed to his injuries in hospital.

For close to three weeks, the 38-year-old wrestler, had been on the run, sneaking past at least six state borders and evading a police dragnet before ultimately being nabbed. Much like a criminal on the run, Sushil left his house at around 9.30am the day after the incident. He took a car and travelled to Uttarakhand. From there, he moved to Muzaffarnagar and later returned to Delhi. In between his anticipatory bail application was rejected by court. But he still did not surrender forcing the police to put a price tag on his head.

1 thought on “The rise and fall of Sushil Kumar”