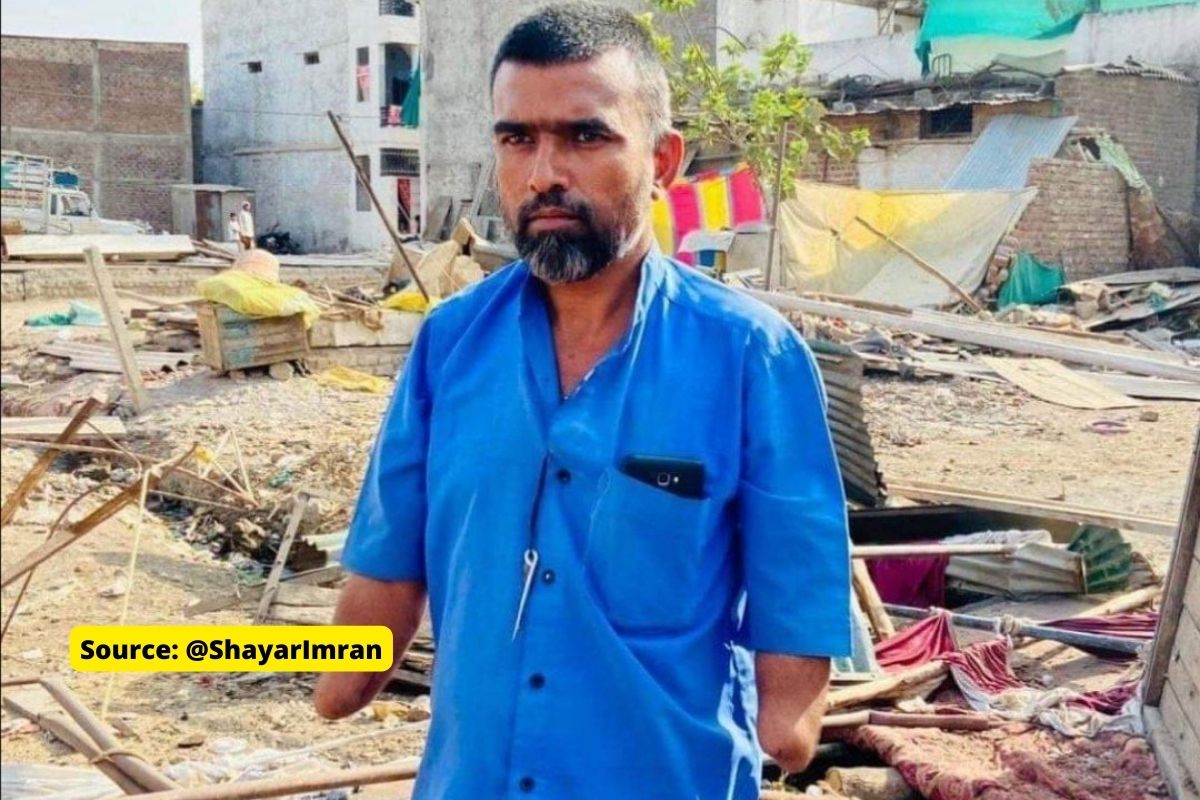 When the system leaves the hands of the law and descends into a dictatorship, it only commits mistakes. The MP govt. bypassed the law of justice and razed houses of people who allegedly pelted stones on the Ram Navami Procession. Mistake number one, they demolished a house built under PM Awas Yojana. Then razed kiosk of man who lost his both hands in 2005. This person Wasim Sheikh was once a painter but due to electrocution in 2005, he lost both hands. He used to feed the family by running a small shop. The administration called him a stone pelter and bulldozed his small shop.

This is the law and order of Madhya Pradesh, first, it was assumed that the perpetrators belong to only one religion, then their houses were bulldozed by bypassing courts order. Wasim Sheikh told India Today that they demolished my shop. I used to run my house by selling toffee biscuits in it. I have a family of five, with two small children.

Wasim Sheikh was once a painter. Due to electrocution in 2005, both his hands had to be amputated. The Khargone administration of Madhya Pradesh accused this handless man of pelting stones and destroyed his shop. After the matter came to light, people along with the leaders of the opposition raised questions on Shivraj government. They say what kind of justice is the government doing. Before driving the bulldozer, you would have known the truth.

Congress leader B Srinivas shared Wasim’s photo on social media and asked Shivraj Singh Chouhan whether he really threw stones. He said that the way the government operated the bulldozer with its eyes closed, was evident from Wasim’s condition. How will he be able to feed the family? Imran Pratapgarhi asked that the person who does not have hands is also accused of stone-pelting.

A district administration official told India Today that the kiosk of Wasim Sheikh was not illegal, it was razed by mistake.

20 people were injured in the violence on the day of Ram Navami in Khargone. So far 44 cases have been registered in this case. 148 people have been detained.