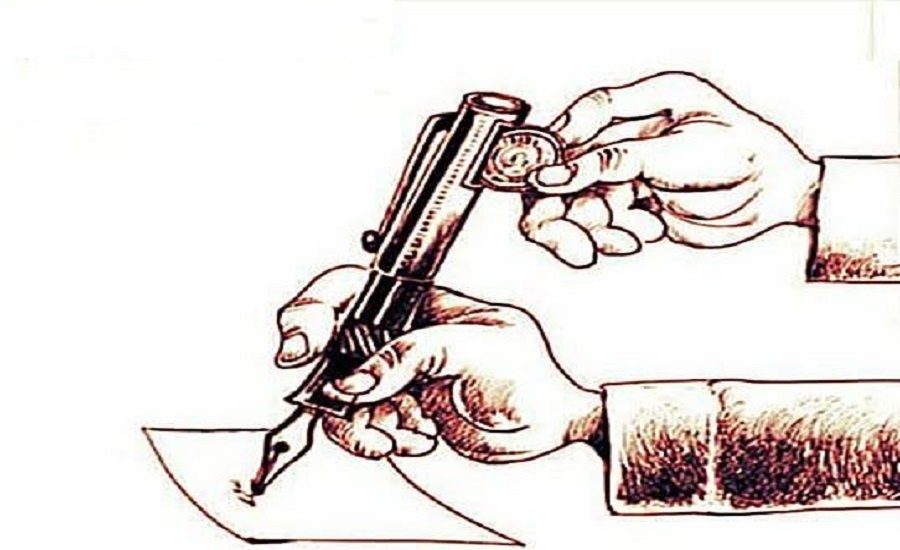 Gone are the days when the media had the spine to report real news and remain unbiased. Nowadays, real news does not even find a column in the newspapers. It may sound alarming, but the reality is usually bitter. Journalism is not journalism until a journalist doesn’t attain the freedom to pen down their thoughts. India lags far behind in providing its journalists with an independent pen and a space to work fearlessly. Journalists are obliged to their media houses, who bow down to their power possessors. Last year, when Chandrayaan-2 mission failed, a news channel aired a program depicting scenarios about possible circumstances if humans ever reach the moon, with the anchor dressed up in a spacesuit! People who were still holding on to their senses were appalled and criticised it.

In the recently released 2019 World Press Freedom Index, India ranked 140th position and dropped down by two-positions. From death threats and verbal abuse to assassinations, journalists have to brave them all. I feel the ruling party and power-holders never spare media channels and end up making them their exploitative puppets. As for now, it seems like no media channel has the freedom to run neutrally and is obliged to lean towards a political party. The fact is, even today, probably every party owns a media channel that praises them and takes up their stand even on their wrong decisions. Journalists wash their hands-off if they find their conscience alive and try to convey their audience what the actual world looks like.

Gauri Lankesh, Shujaat Bukhari, and their likes were assassinated because they chose to live for the country and its citizens. Shujaat Bukhari was a Kashmiri journalist and the founding editor of Rising Kashmir, a Srinagar based newspaper. He was also the president of the Abdee Markaz Kamraz, a cultural and literary organisation in Kashmir. He was shot dead outside his office in the Press Enclave area of Srinagar on June 14, 2018, after surviving three previous assassination attempts. Many questions arise, but the only one which we demand answered is who should be blamed for such happenings? Who should take the onus, when everyone is busy passing the buck? Was it a planned assassination executed by terrorists or just a blame game to divert our attention? Journalists go through intolerable torture and sometimes end up meeting an unfortunate fate. They work hard to deliver breaking news, many times with an empty stomach and quenching thirst for people relaxing on their couch at home.

1 thought on “The abysmal state of Journalism & Law in India”