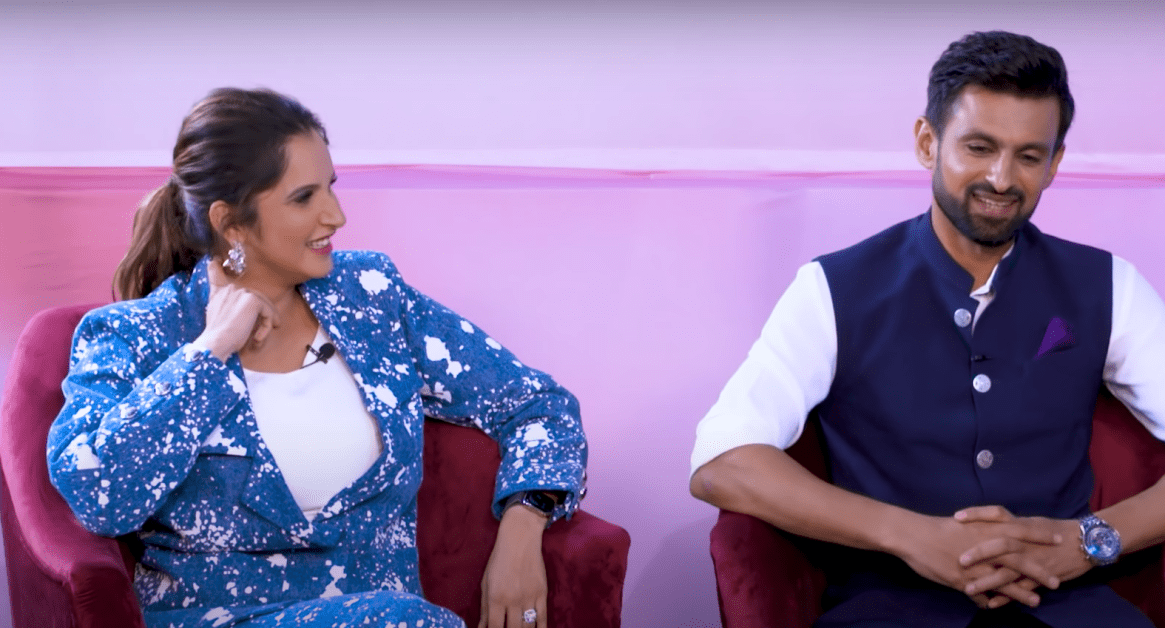 Former Pakistan cricket team captain Shoaib Malik has said that he does not want his wife Sania Mirza to ever work with Pakistani actor Adnan Siddiqui. He said this during Aga Ali’s TV show ‘The Couple Show’. In this show, celebrities share things about their lives and answer questions from the audience.

When Shoaib Malik was asked during the show that if Sania Mirza decides to enter the film industry, then with which actor she would not debut. Cricketer Shoaib Malik took the name of Adnan Siddiqi on this. He said that although Adnan is a very good friend of his, I do not want Sania to ever work with him. When Sania asked why Shoaib said this, he said that he will tell this thing later.

However, Shoaib said that he wants Sania to share the screen with Shoaib’s friend Humayun Saeed.

During the show, Sania told that Shoaib’s favorite Indian actor is Kareena Kapoor. On this Shoaib told that he is a big fan of Kareena. He is very fond of Pakistani actor Haniya Mir and would like to work with Ushna Shah if he ever enters the drama industry.

Who is Adnan Siddiqui?

Adnan Siddiqui is a Pakistani actor, producer, and model who has worked in Lollywood and Hollywood and also made his debut in Bollywood with the Hindi film Mom. He also has his own production house, Cereal Entertainment, churning out serials like Aadat and Ghughi.

Humayun Saeed Ansari is a Pakistani actor and producer. Saeed is also a co-founder of the media production house Six Sigma Plus which produces television drama serials and commercial movies.