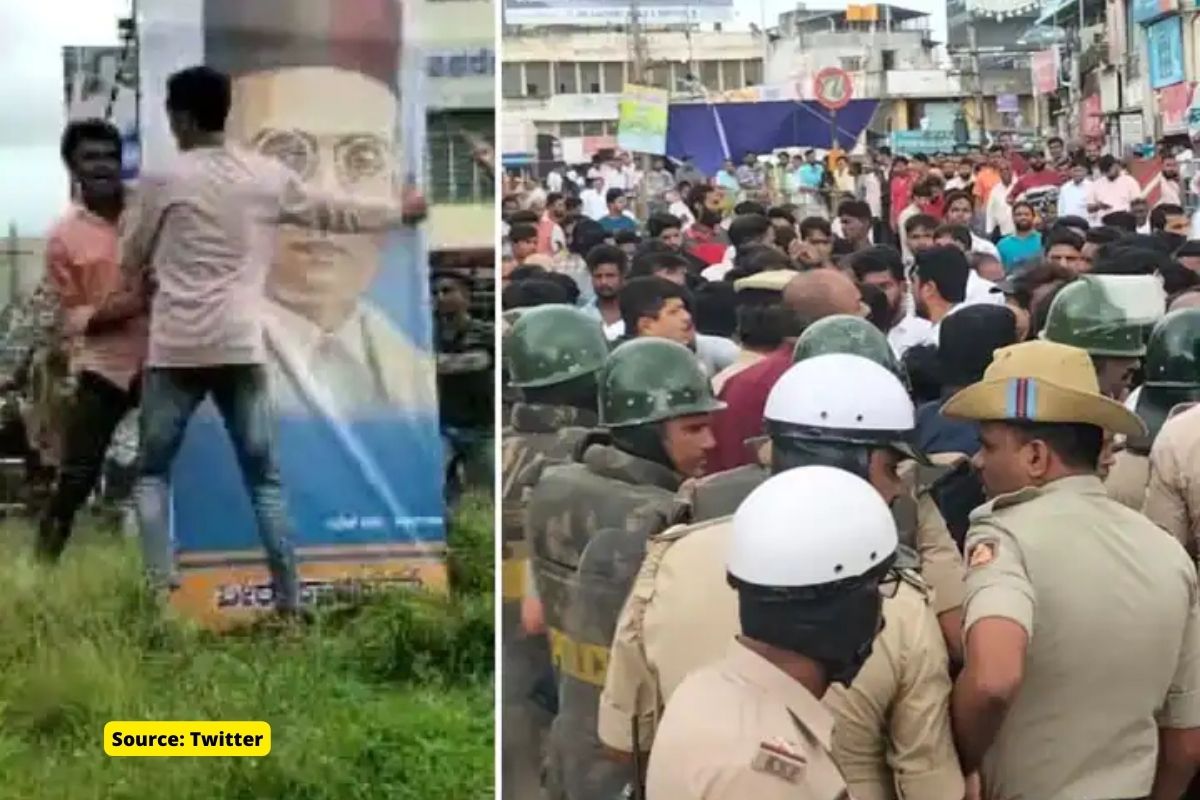 A group of people in Karnataka’s Shivamogga protested against attempts to remove a poster by Hindu ideologist VD Savarkar, which was placed in Ameer Ahmad’s circle, sparking a dispute. Two people were stabbed after two groups clashed over a banner bearing the photo of RSS ideologue VD Savarkar.

Muslim youths removed the flexible banner with Savarkar’s image on the grounds that he was a Hindutva leader, not a freedom fighter. They tried to place a banner with a picture of Tipu in Amir Ahmed’s circle. This led to verbal duelling between the two groups. Police rushed to the scene and arrested those who removed the banner with Savarkar’s photo. The young Hindus tried to put the banner back in the circle but were refused permission by the police. Police confiscated Veer Savarkar’s flexible banner.

One group objected to the portrait and tried to place the portrait of Tipu Sultan. This led to a verbal duel between two groups associated with two communities. The group later removed Savarkar’s portrait after police reportedly prevented them from keeping Tipu’s portrait. The police used the lathi charge to disperse the groups.

Police forces are deployed in the circle. The taluk administration has imposed CrPC Section 144 for three days to keep the peace. SP BM Laxmi Prasad and other senior officers are monitoring the situation.

Members of Vishwa Hindu Parishad and Bajrang Dal staged a lightning protest. Police Superintendent B M Laxmi Prasad and other senior police officials rushed to the scene to control the situation.